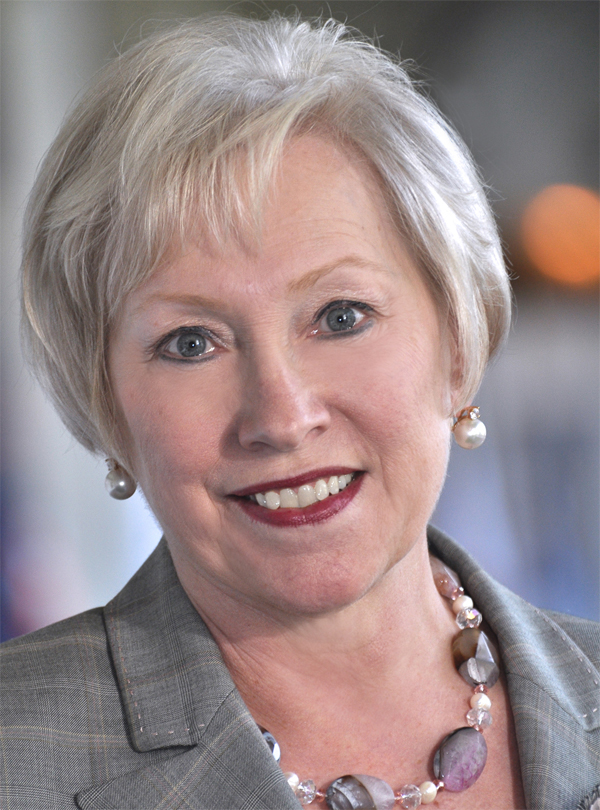 SUNY Chancellor Nancy L. Zimpher honored 14 Stony Brook University students with the 2012 Chancellor’s Award for Student Excellence at an awards reception held earlier this month at the Empire State Plaza Convention Center in Albany. The Chancellor’s Award for Student Excellence is the highest honor that SUNY bestows upon its students and is given to those who have best demonstrated the integration of academic excellence with accomplishments in the areas of leadership, athletics, community service, creative and performing arts, campus involvement or career achievement. Stony Brook had the second most honorees recognized among 257 students from all 64 SUNY campuses.

Each year since 1997, campus presidents establish a selection committee, which reviews exemplary members of their college communities who are graduating. Nominees are then forwarded to the Chancellor’s Office and are subject to a second round of review. Finalists are then recommended to the Chancellor to become recipients of the Chancellor’s Award for Student Excellence. Each recipient receives a framed certificate and medallion, which is traditionally worn at commencement.

“This year’s Chancellor’s Award winners represent some of the best, brightest and most dedicated members of the undergraduate student body at Stony Brook,” said Stony Brook University President Samuel L. Stanley Jr., MD. “These are a diverse group of students who have studied a broad range of academic disciplines. They have excelled both in and out of the classroom and are truly deserving of this prestigious award. I thank Chancellor Zimpher for recognizing our distinguished student leaders and honoring them for their dedication and commitment to their school and community.”

“The students honored have taken full advantage of the academic and extracurricular programs that SUNY provides both in the classroom and in the community,” said Chancellor Zimpher. “These proven leaders, athletes, artists and civic volunteers truly represent the power of SUNY. I congratulate all of the students recognized and thank them for the positive impact each has had on New York State, our university system and the communities we serve.”

Kenneth Ascher, Oceanside, NY, mathematics major: Kenneth is a Stony Brook Presidential Scholarship recipient who served as an Honors College captain and Big Sibling, as secretary of the Math Club, as a trumpet player in the University’s Big Band and the University’s Jazz Combo. He was also recognized for an outstanding presentation on “The Topology of Graphic Hyperplane Arrangements” at the 2011 Joint Math Meetings Poster Session and Young Mathematician’s Conference. He also served as a teaching assistant in the Department of Mathematics.

Denise DeGennaro, Miller Place, NY, English major: Denise served as the founder of the Community of Awesome blog, a community pledge leader, and as a student honoree and student ambassador at the Stars of Stony Brook Gala. She is also the recipient of the Best Student Program Award in the Case Study Competition and was named Best Overall at the National Orientation Director’s Association Regional Conference.

Caroline Dwyer, Quogue, NY, environmental design, policy and planning major: Caroline is a recipient of the Emerging Leader Award and the Public Discourse Award. She served as co-founder and secretary of the Food for All club, as co-chairperson of the Stony Brook University Greening Committee, and as a teaching assistant in the Sustainability Studies Program.

Yaseen Eldik, Kings Park, NY, psychology, sociology majors: Yaseen was the first Truman Scholar from Stony Brook University (2011). He was a Harvard Law School Summer Research fellow, a Stony Brook Foundation and Stony Brook Board of Trustees research presenter and an Academic Judiciary Committee member. He presented an original article “The Establishment Clause and Public Education in an Islamophobic Era” at the Leadership Alliance National Conference, which was published in the Stanford Journal of Civil Rights and Civil Liberties. He served as president of the Science and Society Council and is the 2012 recipient of the Joseph N. Campolo Award for Legal Studies, presented to students preparing to enter the practice of law who have demonstrated a commitment to public service. He also earned first place in the 2012 Benjamin and David Scharps legal essay competition.

Matthew Graham, Watertown, NY, chemical and molecular engineering major: Matthew served as president of the Undergraduate Student Government, is a member of the men’s rugby team, the wind ensemble and the Society of Hispanic Professional Engineers. He was also instrumental in organizing a petition asking the University for an increase in student recreation field space.

Hayley Green, Auckland, New Zealand, psychology major: Hailey received the Undergraduate Outstanding Student Award and was selected to the America East All-Academic Team for cross country and outdoor track and field. She also served as captain of the women’s cross country team and as a volunteer for various Student Athletic Advisory Committee events. She is an America East All Cross Country Scholar, a five-time championship title winner and fourth place finisher at the NCAA Northeast Regional Championships. She is a member of the Phi Beta Kappa and Golden Key International Honor Societies and a Howard Zern Track and Field Endowment Scholarship recipient.

Sean Hoffman, Smithtown, NY, applied mathematics and statistics, economics majors: Sean served as a member of the Honors College Advisory Council, the Presidential Athletic Bands Alumni and the National Society of Collegiate Scholars. He is a NYS Association of Transportation Engineers Scholarship recipient and a member of the Phi Beta Kappa, Sigma Beta and Golden Key International Honor Societies. He also served as a student ambassador, the president of the Stony Brook University Athletic Bands, a community pledge leader, the Project 50 Forward Focus Group, a teaching assistant in the Department of Economics and a participant in the Student Life Advisory Council.

Henna Kochar, Lake Grove, NY, biology major: Henna was a participant in the Honors College/Scholars for Medicine combined BA/MD program. She was a member of the National Collegiate Scholars, Phi Beta Kappa, Sigma Beta, Alpha Epsilon Delta Pre-Health and Golden Key International Honor Societies. She conducted research in the Departments of Molecular Genetics and Microbiology, Asian and Asian American Studies and Engineering. She also served as a member of the National Residence Hall Honorary program, a liaison for the International Academic Program and a mentor for the Big Sibling Program; and as vice president of the Sikh Student Association and a volunteer in a Gurdwara, a religious place of worship for Sikhs.

Kiran Lorick, Queens Village, NY, biochemistry major: Kiran received the Excellence in Community Service Learning award and served as coordinator for the Campus Day of Service. He was president of Sigma Beta Honor Society, co-vice president of the Alternative Spring Break Outreach (ASBO), founder and treasurer of the Community Service Board and a member of the Golden Key International Honour Society. He served as a University Scholars Peer Mentor, a member of the National Society of Collegiate Scholars and as a teaching assistant in the Department of Biochemistry and Cell Biology. He also participated in Study Abroad: Madagascar.

Deborah Machalow, Valley Stream, NY, political science, economics majors: Deborah is a recipient of the Undergraduate Recognition Award for Outstanding Achievement for Leadership. She also served as executive vice president of the Undergraduate Student Government, vice president of the Pre-Law Society, Honors College senior class representative and a voting delegate at the SUNY Student Assembly. She is a member of the Honors College, the National Society of Collegiate Scholars, Phi Beta Kappa, Sigma Beta and Golden Key International Honor Societies. She received the National Residence Hall Honorary Student of the Month award and was a participant in the NEW Leadership Program at SUNY Albany.

Priya Misra, Shrewsbury, MA, chemistry major: Priya served as the vice president for planning in the National Society of Collegiate Scholars, a participant in the Honors College/Scholars for Medicine combined BA/MD program and as a member of the Sigma Beta and Golden Key International Honor Societies. She served as a tutor for the Writing Center, a teaching assistant in the Department of Chemistry and a mentor in the BRIDGES Program. She also served as secretary and speech coordinator for the Speech and Debate Society and as a member of the Belly Dancing Club.

Hillary Moss, Port Jefferson Station, NY, biochemistry major: Hillary is a 2011 Goldwater Scholar and the recipient of the 2012 Outstanding Future Alumni Award, given to high-achieving students who have demonstrated excellence in academic performance and community service for valuable contributions to the Stony Brook University community. She served as vice president of the National Society of Collegiate Scholars, was a member of the National Residence Hall Honorary program, the arts coordinator for the Toscanini Hall Council, a youth group advisor for the North Shore Jewish Center and a volunteer at Stony Brook Medicine. She is a member of the Phi Beta Kappa, Sigma Beta and Golden Key International Honor Societies and served as a research assistant in the Department of Biochemistry and Cell Biology and was a URECA Summer Research and Howard Hughes Medical Institute Summer Fellow.

Muntazim Mukit, Douglaston, NY, biochemistry major: Muntazim is a recipient of the Emerging Leadership Award and served as president of the Sigma Beta Honor Society and a member of the Phi Beta Kappa and Golden Key Honor Societies. He was a student ambassador and recognition coordinator of the National Residence Hall Honorary program, a national communications coordinator for the Residence Hall Association and a member of the National Society of Collegiate Scholars. He conducted his research in the Department of Pathology and served as a teaching assistant in the Departments of Chemistry and Physics.

Ioan Alin Tomescu Nicolescu, East Setauket, NY, computer science major: Ioan is a recipient of the Outstanding Academic Achievement Award and co-founder and president of the Game Developers Club. He served as a CEAS student ambassador, Computing Society E-board member and reviewer, teaching assistant in the Department of Computer Science, University Scholars member, intramural soccer team member and an intern at Microsoft. He also received the Provost Scholarship, the Academic Program Scholarship, the National Residence Hall Honorary Student of the Month award and a SMART Grant.