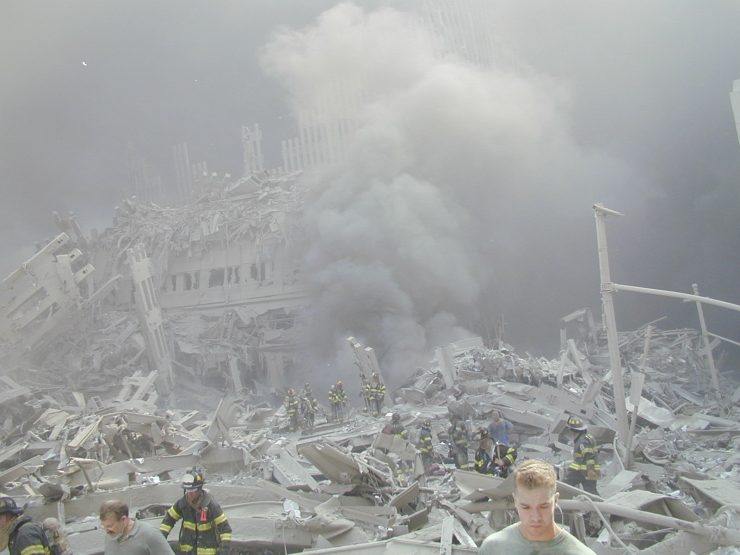 STONY BROOK, NY, September 9, 2019 – Cognitive impairment with the potential for early onset dementia in 911 World Trade Center responders is continuing to be investigated by researchers monitoring the health of thousands of responders. A new study led by Stony Brook University that includes 1,800 responders reveals that post-traumatic stress disorder (PTSD) is strongly associated with onset of mild cognitive impairment (MCI). The study, published early online in Alzheimer’s & Dementia: Diagnosis, Assessment, and Disease Monitoring, also found that longer duration exposures working at Ground Zero results in an increased risk of cognitive impairment in individuals who carry a specific gene associated with dementia.

The findings build on a previous pilot study led by Sean Clouston, PhD, Associate Professor in the Department of Family Population and Preventive Medicine, Program in Public Health, and colleagues at the Renaissance School of Medicine at Stony Brook University. This study analyzed the cognitive health of responders treated and monitored for their health concerns at the Stony Brook World Trade Center Health and Wellness Program. Each had normal cognitive capacities at baseline in 2014 and 2015 followed by subsequent testing for cognitive decline.

“One of the most concerning aspects of our findings is that we found a significant portion of responders have new onset cognitive impairment when many of them were cognitively normal within just the past few years,” says Clouston.

The average age of the responders was only 53 years at baseline testing when all had normal cognitive abilities and retention for their age. The study revealed that more than 14 percent of the responders had MCI at follow-up testing post baseline. The risk of MCI onset increased by 2.6 times among those who had higher PTSD symptom severity.

Tests used to gauge MCI in responders were completed in a manner consistent with the National Institute on Aging – Alzheimer’s Association definition of MCI. To avoid test and re-test biases that could vary neuropsychological testing results, alternate versions of the tests were used at each office visit.

Based on blood samples, the researchers also looked at the incidence of MCI in individuals who carry Apoliopoprotein-e4, which is associated with increased risks of dementia and is a marker for Alzheimer’s disease. They found that those who had the gene and had experienced long exposures working on the pile or pit at Ground Zero also had higher levels of newly experienced MCI.

Clouston emphasizes that future research regarding MCI and possible early dementia in 911 responders should focus on multifactorial risks, such as severity of PTSD symptoms and having one more other risk factors for dementia not related to their responder experience.

“This study underlies the increasingly apparent evidence that PTSD is not merely a psychological condition but also can have significant pathological effects on the brain and body,” says Benjamin Luft, MD, Director of the Stony Brook World Trade Center Health and Wellness Program, co-author and clinical lead of the study.