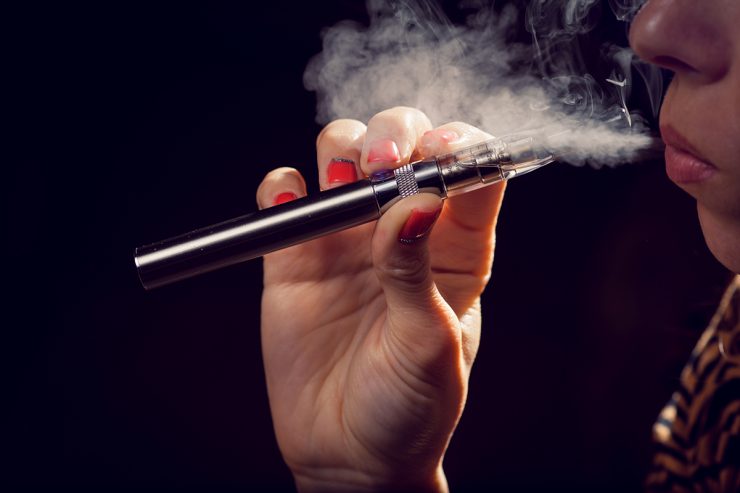 STONY BROOK, NY, April 22, 2019 –  In an anonymous study of more than 500 adolescents aged 12 -21, comparing survey data with urinary metabolites of nicotine (cotinine) and marijuana (THC), researchers found that teens accurately reported their use of tobacco, electronic cigarettes and marijuana, but many were unaware of the level of nicotine they were using. The study, led by Rachel Boykan, MD, of the Department of Pediatrics at the Renaissance School of Medicine, and colleagues in the department of Pediatrics, in collaboration with Dr. Maciej Goniewicz at Roswell Park Comprehensive Cancer Center, is published early online in the May edition of Pediatrics.

In the study, titled “Self-Reported Use of Tobacco, E-Cigarettes, and Marijuana versus Urinary Biomarkers,” 40 percent of those who reported using “nicotine-free” products had cotinine levels higher than the cut-off indicating nicotine use (10 ng/mL). Additionally, those surveyed who used high nicotine-content pod products, such as Juul, had significantly higher cotinine levels than non-pod users, and e-cigarette and pod users had higher use of marijuana, and higher urinary THC levels, when compared to  non-e-cigarette users.

The authors conclude that more research is necessary to investigate teens’ knowledge of nicotine in products, and that pediatricians should be asking their patients about their use of these potentially addictive products.