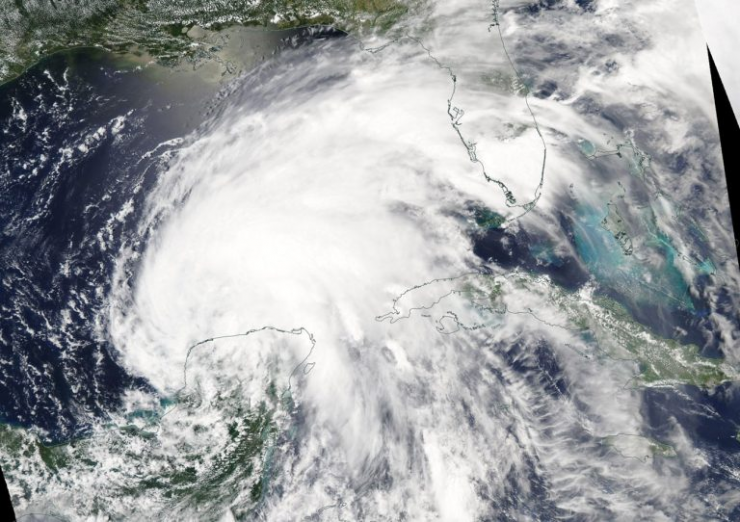 STONY BROOK, NY, June 15, 2020 – By using global climate modeling, a team of researchers at the School of Marine and Atmospheric Sciences (SoMAS) at Stony Brook University project that future tropical cyclones, or hurricanes, will feature more intense rain with more rain produced per hour than previous storms. Published early online in Geophysical Research Letters, the study suggests that while rain intensity is likely to increase the number of storms that make landfall in the United States will decrease.

Landfalling hurricanes create dangerous conditions for U.S. residents in eastern coastal states through heavy rainfall, strong winds, and storm surge. The prospects of storms that carry intense rain patterns over short periods of time would increase levels of danger for the entire region because of flooding and storm surge.

“Essentially our work with climate and storm modeling provides evidence that hurricanes will produce more precipitation per hour of impact in the future,” said Kevin Reed, Ph.D., Associate Professor in SoMAS. “This finding is consistent and adds to our work using models of Hurricane Florence and tracking extreme amounts of rainfall,” he added, referring to a study published earlier this year in Science Advances and explained in this news release.

The researchers used a global climate model that is called a variable-resolution version of the Community Atmospheric Model 5 (CAM5), a model utilized to study North Atlantic tropical cyclone climatology in the context of climate change. They ran CAM5 simulations to study changes in storms’ intensities, sizes, and rainfall accumulations.

Overall they discovered from the simulations of future storms that the number of hurricanes in the North Atlantic decreases and so does the number of hurricanes that would make landfall on the U.S. However, the simulations indicated that the average intensities of these storm increase and the amount of total rainfall per storm also increases. Yet total rainfall from fewer storms may decrease in the future.

Reed explains that climate change will likely play a role in future storms and could certainly cause changes in rain intensity and totals based on modeling.

Alyssa Stansfield, a SoMAS student, PhD candidate, and lead author of the paper, whose graduate work centers on understanding how hurricanes will be different in the future because of climate change, adds that “predicting how rainfall from hurricanes will be impacted is especially important because flooding is a very dangerous hazard associated with hurricane landfalls.”

The storm modeling work is a part of continuing research to quantify how tropical cyclone-induced hazards may change in future climates. The research is supported in part by the Department of Energy’s Office of Science.