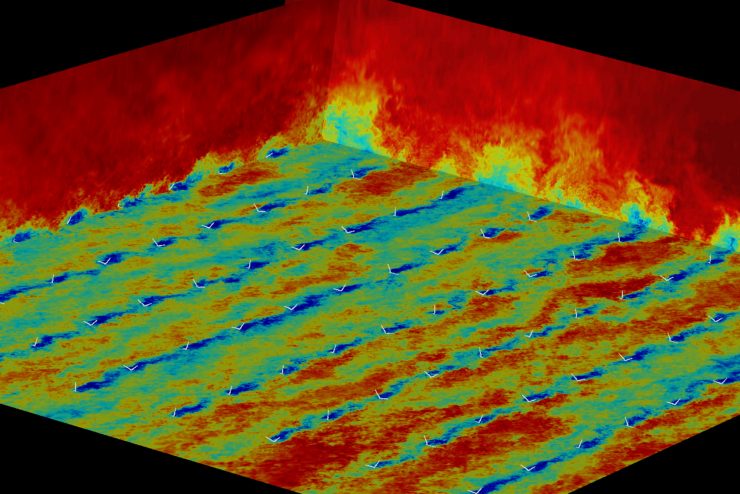 STONY BROOK, NY, July 7, 2020 –The College of Engineering and Applied Science (CEAS) at Stony Brook University announced it has received an $1.1 million award from the National Offshore Wind Research and Development Consortium (NOWRDC). Fotis Sotiropoulos, Dean of the College of Engineering and Applied Sciences at Stony Brook University, is the lead principle investigator of the project.

“The Consortium is working with partners like Stony Brook all across the nation to bring down the cost of developing this game-changing renewable resource while overcoming domestic market challenges,” said Carrie Cullen Hitt, Executive Director, National Offshore Wind Research and Development Consortium. “We look forward to working with Fotis Sotiropoulos and his team at Stony Brook team on this innovation project that will support the cost-effective development of offshore wind energy in the U.S.”

The National Offshore Wind Research and Development Consortium was established in 2018 when the New York State Energy Research and Development Authority was awarded $18.5 million from the U.S. Department of Energy (DOE). As the first federally funded public-private partnership focused on advancing offshore wind technology in the United States, the Consortium, as a not-for-profit organization, supports cost-effective and responsible development of offshore wind and to maximize economic benefit the United States. The award was a result of a solicitation administered by NYSERDA on behalf of the Consortium.