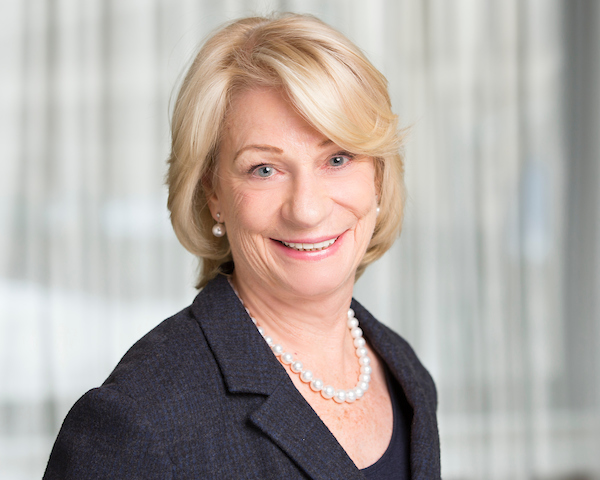 (Stony Brook, New York, April 11, 2018) – Over 850 guests gathered last evening at Pier Sixty at Chelsea Piers in New York City to honor alumna and Simons Foundation President Marilyn Hawrys Simons ’74, PhD ’84, at the 20th Stars of Stony Brook Gala.  Hosted annually by the Stony Brook Foundation Board of Trustees, this year’s celebration recognized Dr. Simons for her leadership as president of one of the nation’s premier philanthropic institutions devoted to driving progress in basic science, as well as her contributions to improving educational opportunities for the underserved at the university and beyond.

The 2019 Stony Brook Gala also proved to be a record-breaker, raising an astounding $28.2 million. The total included $25 million from Dr. Simons, which will establish a new Center for Applied Economics and Public Policy at the University and another record-breaking $3.2 million plus was raised for student scholarships.

“Marilyn’s remarkable kindness, humility and intellect has long merited a special place in our hearts at Stony Brook, and among all those fortunate to know and work with her,” said Richard Gelfond ’76. “She is an incredible woman of substance and vision, and I’m proud to call her a colleague, fellow alum and friend.”

Notably, Dr. Simons was honored in a speech by the man who knows her best, her longtime husband, financier and founder of Renaissance Technologies Jim Simons, who met Marilyn while working as the Chair of the Mathematics Department at Stony Brook. Dr. Simons was also honored in song by Broadway singer Abby Mueller, best known for her starring performance in “Beautiful: The Carole King Musical,” with a medley including “Will You Still Love Me Tomorrow,” “Beautiful” and a rousing “I Feel the Earth Move.”

In 1994, with husband Jim Simons, Marilyn Simons co-founded — and became president of — the Simons Foundation. In the years since its founding the Simons Foundation rapidly became one of the nation’s leading private funders of basic research, its president a vocal advocate for increased philanthropic involvement in high-risk, high-reward scientific research. Stony Brook University awarded her an honorary doctorate of letters degree in 2008.

In New York City, she continues her involvement in improving K-12 education for underserved communities as a member of the boards of the Learning Spring School, a school for children on the autism spectrum and the East Harlem Scholars Academy.

Dr. Simons has also helped emphasize the importance of health and nutrition by supporting the Walter J. Hawrys Campus Recreation Center named in honor of her late father. She supports the scientists of tomorrow through the Simons Summer Research Fellows and the university’s Undergraduate Research Experience and Creative Activities program.

In 2018, Simons was awarded a doctorate of humane letters by PACE University, recognizing her as a leading science philanthropist and for her work at the Learning Spring School. Together with husband Jim Simons, Marilyn has also been recognized with a Cold Spring Harbor Laboratory Double Helix Medal (2008); the Carnegie Medal of Philanthropy (“the Nobel Prize of philanthropy” in 2013); an honorary degree from The Rockefeller University (2013); and, most recently, a Chemical and Marketing Economics Leadership Award from the American Chemical Society, New York honoring her for outstanding STEM-related philanthropy (2018).

At Stony Brook University, Dr. Simons serves as a board member of the Turkana Basin Institute, a research institution that supports scientific projects in the Turkana Basin of Northern Kenya. She is founder and chair of the Stony Brook Women’s Leadership Council, a mentoring program that pairs outstanding female undergraduates with accomplished female alumni and friends of the University.

“Marilyn gives the University the courage to take risks and overcome boundaries in our effort to advance knowledge,” said President Stanley. “ She builds opportunity for those whose horizons would otherwise be limited. And she amplifies our ability to education the next generation of thoughtful leaders.”