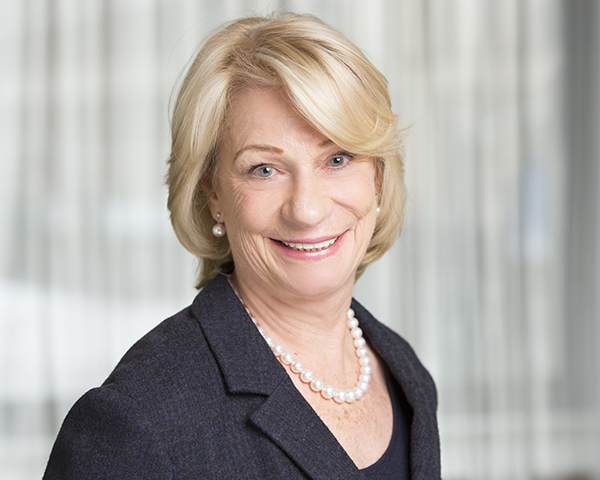 Stony Brook, New York, February 21, 2019 — Stony Brook University will honor alumna and Simons Foundation President Marilyn Hawrys Simons, BA ’74, PhD ’84 at its 20th Stars of Stony Brook Gala, Wednesday, April 10 at Pier Sixty at Chelsea Piers. Hosted annually by the Stony Brook Foundation, this year the celebration will recognize Dr. Simons for her leadership as president of one of the nation’s premier philanthropic institutions devoted to driving progress in basic science as well as her contributions to improving educational opportunities for the underserved.  As a philanthropist, advocate and volunteer for Stony Brook University, Marilyn has been a champion for one of New York State’s outstanding public universities.

In 1994, with husband Jim Simons, Dr. Simons co-founded — and became president of — the Simons Foundation. In the years since its founding the Simons Foundation rapidly became one of the nation’s leading private funders of basic research, its president a vocal advocate for increased philanthropic involvement in high-risk, high-reward scientific research. Stony Brook University awarded her an honorary doctorate of letters degree in 2008.

At Stony Brook University, Dr. Simons serves as a board member of the Turkana Basin Institute, a research institution that supports scientific projects in the Turkana Basin of Northern Kenya. She is founder and chair of the Stony Brook Women’s Leadership Council, a mentoring program that pairs outstanding female undergraduates with accomplished female alumni and friends of the University.  Dr. Simons has also helped emphasize the importance of health and nutrition by supporting the Walter J. Hawrys Campus Recreation Center named in honor of her late father. She supports the scientists of tomorrow through the Simons Summer Research Fellows and the university’s Undergraduate Research Experience and Creative Activities program.

“Stony Brook wouldn’t be the excellent university it is today, without our many friends and alumni,” said Stony Brook University President Samuel L. Stanley, Jr. “But Marilyn’s singular commitment to ensuring Stony Brook remains an engine of social mobility is unparalleled. In fact, as someone who dedicates her life to creating opportunity, to advancing knowledge and improving lives, Marilyn embodies the very ethos of Stony Brook University.”

“Marilyn’s remarkable kindness, humility and intellect has long merited a special place in our hearts at Stony Brook, and among all those fortunate to know and work with her,” said Stony Brook Foundation Chair Richard Gelfond ‘76. “She is an incredible woman of substance and vision, and I’m proud to call her a colleague, fellow alum and friend.”