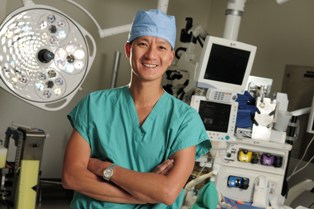 The “Best Doctors” list is comprised by Castle Connolly Medical Ltd., which publishes Top Doctors: New York Metro Area. The 1,160 “Best” from this list are then picked and featured in New York Magazine. The selection process is based on peer nominations, followed by telephone interviews with leading specialists, chiefs of service, and other hospital personnel. Criteria for selection include professional qualifications, reputation, the ability to communicate effectively, demonstrate empathy, and other factors.

“Being selected for the New York ‘Best Doctors’ list is a distinction for a select group that illustrates our entire medical staff’s commitment to providing high-quality, compassionate care for our patients,” said Fred Sganga, interim Chief Executive Officer for Stony Brook University Hospital. He recognized in particular Henry Woo, M.D., Neurosurgeon, and Dennis Davidson, M.D, Neonatologist, who are newcomers to the list for 2012.