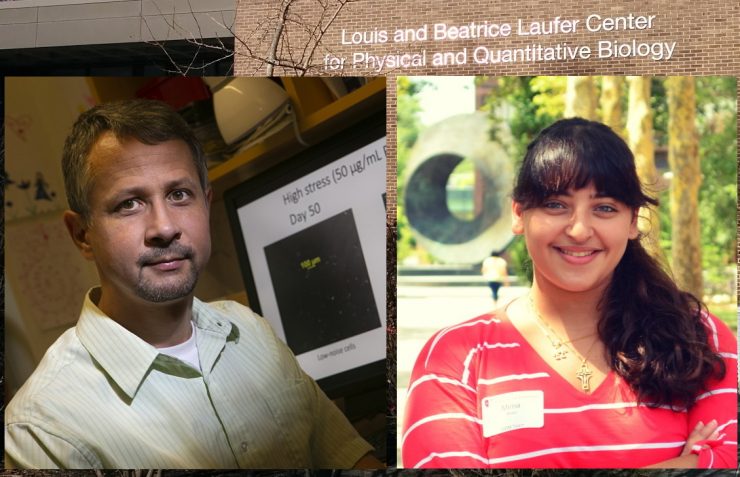 STONY BROOK, NY, November 25, 2019 –Genes often mutate and lose their natural or synthetic function over long-term evolution, which could be good if that stops drug resistance of infectious microbes or cancer. A new study by Stony Brook University researchers, published online in PNAS, shows that evolution can exploit positive feedback (PF) within cells to restore gene function. Such repair by evolution may provide a basis for regaining lost gene function, which has implications in medicine and other scientific endeavors.

“We showed through these experiments and computational models that many drugs can activate mutant resistance genes through this process,” explains Balázsi. “Essentially we exposed mutant, drug-sensitive cell populations to conditions where regaining resistance would be beneficial, and we found adaptation scenarios with or without repairing lost gene circuit function.”

About Stony Brook University
Stony Brook University, widely regarded as a SUNY flagship, is going beyond the expectations of what today’s public universities can accomplish. Since its founding in 1957, this young university has grown to become one of only four University Center campuses in the State University of New York (SUNY) system with over 26,000 students, more than 2,700 faculty members and 18 NCAA Division I athletic programs. Our faculty have earned numerous prestigious awards, including the Nobel Prize, Pulitzer Prize, Indianapolis Prize for animal conservation, Abel Prize and the inaugural Breakthrough Prize in Mathematics. The University offers students an elite education with an outstanding return on investment: U.S.News & World Report ranks Stony Brook among the top 40 public universities in the nation. Its membership in the Association of American Universities (AAU) places Stony Brook among the top 65 research institutions in North America. As part of the management team of Brookhaven National Laboratory, the University joins a prestigious group of universities that have a role in running federal R&D labs. Stony Brook University fuels Long island’s economic growth. Its impact on the Long island economy amounts to $7.38 billion in increased output. Our state, country and world demand ambitious ideas, imaginative solutions and exceptional leadership to forge a better future for all. The students, alumni, researchers and faculty of Stony Brook University are prepared to meet this challenge.

STONY BROOK, NY, October 19, 2021– The role of neuron and dopamine loss in Parkinson’s Disease (PD) has long been recognized by neuroscientists. However, how dopaminergic modulation affects brain regions involved in the...