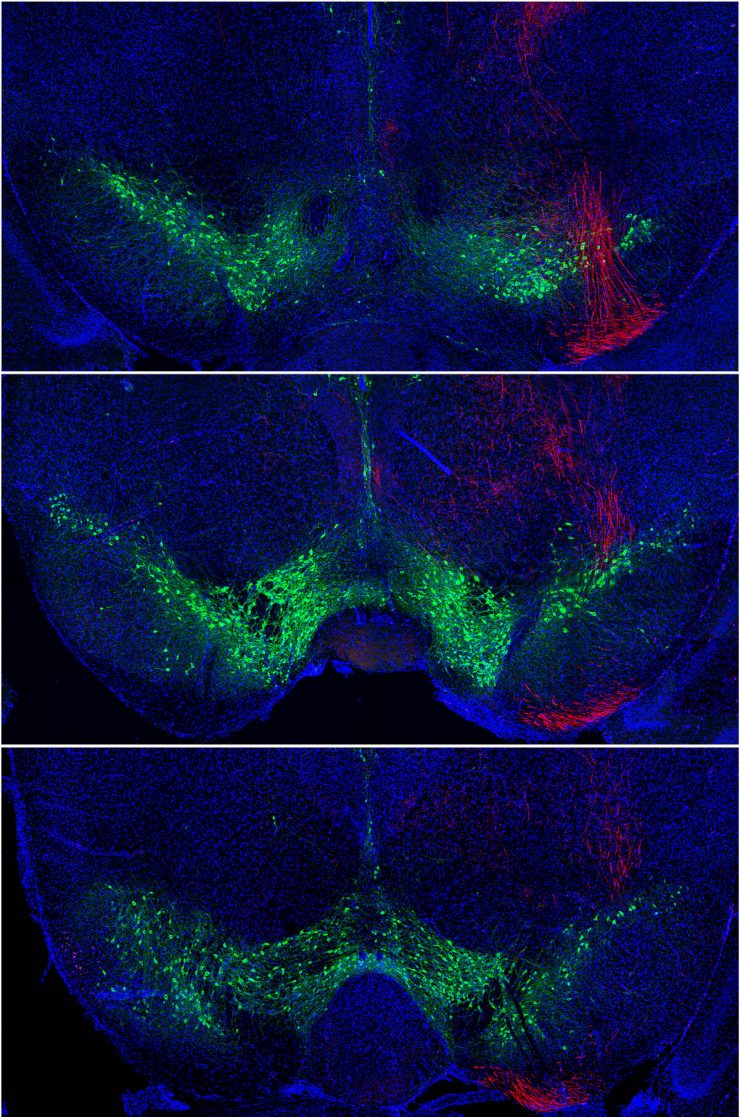 STONY BROOK, NY, October 19, 2021– The role of neuron and dopamine loss in Parkinson’s Disease (PD) has long been recognized by neuroscientists. However, how dopaminergic modulation affects brain regions involved in the control of voluntary movement remains a subject of investigation. Researchers in the Department of Neurobiology and Behavior in the College of Arts and Sciences and the Renaissance School of Medicine at Stony Brook University, used an experimental model to demonstrate that a loss of midbrain dopaminergic centers impairs the ability of the primary motor cortex neurons to transform inputs into appropriate output. The finding, published in eNeuro, supports a new line of research regarding the origins of changes in the motor cortex and its role during PD.

Patients with PD show abnormal activity in the motor cortex, which to date remains difficult to explain. Scientists have proposed that motor cortex dysfunction in PD may come from loss of direct dopaminergic innervation of the cortex, or, alternatively, it could arise as a consequence of basal ganglia pathology.

“Our study shows that the changes in excitability of motor cortex neurons very likely are due to basal ganglia pathology and not loss of direct dopaminergic innervation of the motor cortex,” says Arianna Maffei, PhD, Professor of Neurobiology and Behavior. “The results we showed support the idea that changes in motor cortex activity due to loss of dopamine are very important for the pathophysiology of PD. This adds to our current knowledge and points to the motor cortex as a potential novel site for intervention.”

Professor Maffei explains that the idea behind these approaches was to dissect out the circuit mechanisms underlying loss of function in the motor cortex and possibly use these data to better understand PD pathophysiology.

Overall, the research demonstrated that diminished dopamine signaling, whether acute or chronic, has profound effects on the excitability of primary motor cortex neurons.

The authors believe the results should spur additional research that focuses on the primary motor cortex as an additional site of intervention to treat motor symptoms and improve outcomes in PD patients.