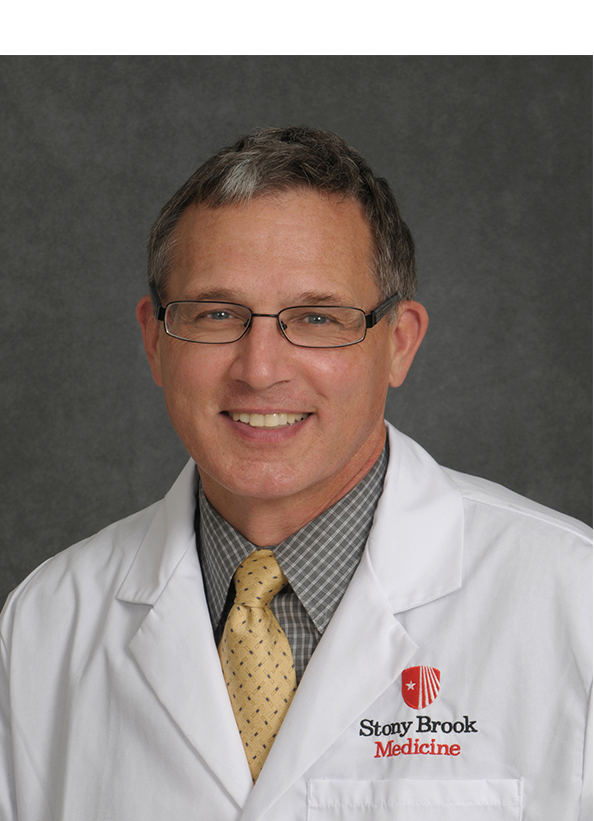 STONY BROOK, NY, September 12, 2018 – An investigation of short-term and long-term survival outcomes of more than 4,000 lung cancer patients reveals that patients treated under a multidisciplinary model of care have significantly higher survival rates at one, three, five, and 10 years post diagnosis compared to patients treated with a standard or traditional model of care. The study, published online in Clinical Lung Cancer, was conducted by investigators at the Lung Cancer Evaluation Center (LCEC) at Stony Brook University Cancer Center.

The study represents the first large-scale published investigation in the United States documenting the significant survival benefit of a multidisciplinary care approach to the diagnosis and treatment of patients with lung cancer.

Hospitals nationwide typically use a standard model of care when treating lung cancer patients. While this model offers multiple services to patients such as surgical, radiation oncology, oncology, and imaging services, the responsibility of care generally falls on the patient and communication and coordination between all groups is often segmented. The LCEC multidisciplinary model of care coordinates all aspect of patient care through a core group that meets regularly to plan each patient’s care on an individual basis. The core group involves specialists from multiple departments involved in patient care, such as medical oncology, surgery, radiation oncology, pathology, imaging, pulmonology and nutrition. Patients’ primary care physicians are also involved in the coordinated care, and cancer database experts are involved to investigate outcomes measures on a case-by-case patient basis.

“There is near universal interest in deploying multidisciplinary structures of care to improve outcomes in lung cancer, but to date implementation of such models has been slow because of the lack of supporting data,” says Thomas V. Bilfinger, MD, Team Leader and Director of the LCEC. “Our findings show data that outcomes are improved with a multidisciplinary care and communications model and should be considered as a ‘best practice’ guideline for treating all lung cancer patients.”

The researchers used the Stony Brook Cancer Center registry to identify patients diagnosed and treated from 2002 to 2016. They compared 1,956 patients participating in the multidisciplinary care model and 2,315 patients receiving traditional care. After adjusting for biases and matching data, they found that, overall, participating in the multidisciplinary process patients had a one-third survival advantage out to 10 years.

Dr. Bilfinger and colleagues also point out that this model may be particularly effective when diagnosing lung cancer at an earlier stage. For patients diagnosed in stage one of disease, the one-year survival rate is 92.4 with the multidisciplinary model versus 79.2 with standard care. The five-year survival rates for stage one diagnosed patients are 52.5 percent and 32.8 percent respectively.

The LCEC continues to build its multidisciplinary team model for treating and monitoring lung cancer patients and expects to expand this practice at other Stony Brook-affiliated hospitals and clinics.