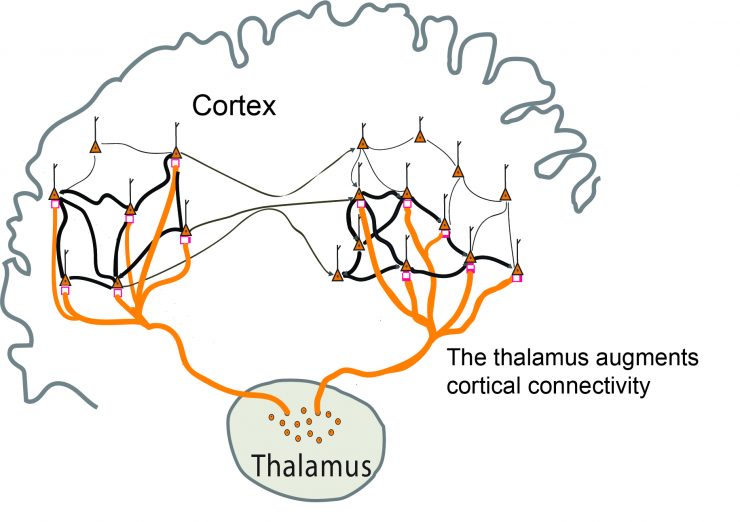 STONY BROOK, NY, March 30, 2022 – The return of consciousness after traumatic brain injury (TBI) remains something of a mystery for scientists and is not easy to predict. A series of recently published studies by researchers in the Department of Neurosurgery at the Renaissance School of Medicine at Stony Brook University has found that by using technologies to monitor brain functions after TBI, scientists may be able to better predict who will “wake up” after TBI and what brain circuits to target to potentially treat disorders of consciousness.

Humans are capable of an infinite variety of behaviors, so short-term prediction of human behavior is impossible. By studying brain injury patients in detail, co-authors Sima Mofakham, PhD, Assistant Professor in the Department of Surgery and the Department of Electrical and Computer Engineering, and Charles Mikell, MD, Assistant Professor in the Department of Neurosurgery, have identified the brain circuits required for unpredictable behavior, which they think is a core feature common to human consciousness. Their research involves colleagues within their jointly run Neurosurgery laboratory, and collaborators nationally.

“After brain injury, unconscious and semi-conscious patients don’t do much, they don’t engage in goal-oriented behavior, and their behaviors are highly predictable,” says Dr. Mikell.

Summarizing the compilation of the research and this situation with TBI patients, Dr. Mofakham explains: “This predictability is apparent in patients’ brain signals that we recorded with special electrodes on the scalp and the brain. By studying brain injury patients in this state, we have identified the brain circuits required for unpredictable behavior. Specifically, we found that injuries to a brain region called the thalamus results in ‘attractor dynamics’ in the brain. ‘Attractors’ are ways of describing repetitive activity, which the brain has trouble escaping, like trying to escape a whirlpool. The thalamus is a walnut-sized piece of brain tissue that coordinates activity in other parts of the brain.

“For cortical networks, attractors limit the  availability of different brain states, and consequently behaviors. We found the integrity of the thalamocortical connections may support the behavioral and electrophysiological unpredictability associated with consciousness.”

The first paper, published in Communications Biology, involved using electrodes implanted in the brain to look at brain dynamics in comatose patients as they recovered consciousness following brain injury. This use of implanted (depth) electrodes made this the first study of its kind and opened a new window into brain dynamics after injury in comatose patients. They assessed five patients in a unique study that combined brain wave recording with brain imaging in an attempt to understand how thalamus injury affects cortical function.

Their main finding was that thalamus input facilities the formation of cortical ensembles required for the return of cognitive function and consciousness. This observation supports the view that thalamic input to the cortex enables rich cortical dynamics associated with consciousness.

In a paper published in Progress in Neurobiology, Drs. Mofakham and Mikell, and their colleagues, found in another cohort of patients (n = 15) that the number of cortical states is limited, and brain activity is predictable in patients with injuries to their thalamus and its projections to the cortex. They found that withdrawal of thalamic input results in a cortical attractor state with a limited number of states available, which leads to limited behaviors.

They write that the “results are in line with the new view of the thalamus: the thalamus is not simply a relay center, but it can dynamically control the distributed adaptive dynamics within and across cortical networks to support the ongoing cognitive task. Multiple reports support this view and define a new role for the thalamus, in particular higher-order thalamic nuclei such as the mediodorsal nucleus, as the regulator of connectivity.”

Research published in Frontiers in Neurology showed that people with thalamic injury and injuries to their mediodorsal nucleus, are less likely to recover the content of consciousness. This study involved analyzing 25 patients after severe TBI. They investigated whether the integrity of the thalamo-prefrontal circuits, assessed via diffusion tensor imaging, was associated with the return of goal-oriented behavior.

Some patients recovered, but some did not, and more than half returned to a state where they could follow commands or engage in other goal-oriented behavior. All of the researchers’ data from their imaging and testing of patients supported that intact thalamo-prefrontal connectivity was essential to the return to goal-oriented behavior.

Overall, the investigators have provided a pathway to better understand the brain and recovery post TBI.