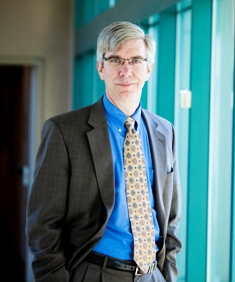 STONY BROOK, NY, July 26, 2013 – Effective September 1, 2013, Mark Talamini, MD, Professor and Chairman of the Department of Surgery and the M.J. Orloff Family Endowed Chair in Surgery at the University of California, San Diego, School of Medicine, has been named Chair of the Department of Surgery at Stony Brook University School of Medicine, announced Kenneth Kaushansky, MD, Senior Vice President, Health Sciences, and Dean, Stony Brook University School of Medicine. Dr. Talamini will also take the helm as the Founding Director of the Stony Brook Medical Innovation Institute, where he will be charged with developing and testing new techniques and devices to solve challenges in surgical and procedurally based medical, pediatric and radiological specialties.

Dr. Talamini specializes in gastrointestinal surgery, with an emphasis on the treatment of inflammatory bowel disease (Crohn’s disease, ulcerative colitis). He is considered a pioneer in minimally invasive abdominal surgery and is recognized as one of the leading authorities on laparoscopic and robotic-assisted surgery in the United States.

Dr. Talamini then joined the faculty at Johns Hopkins, where he rapidly rose through the academic ranks and was appointed Director of Minimally Invasive Surgery at The Johns Hopkins Hospital, a post he held from 1992 to 2004. Dr. Talamini was one of the first surgeons at Johns Hopkins to use robotic-assisted laparoscopic techniques for general abdominal procedures such as gallbladder removal and treatment of gastroesopheageal reflux. He is certified by the American Board of Surgery and the Critical Care Board.

In 2005, Dr. Talamini was recruited by UC San Diego to lead the Department of Surgery. In 2008, his surgical team gained worldwide attention for pioneering natural orifice transluminal endoscopic surgery (NOTES), the practice of removing diseased organs through natural body openings. Part of the UC San Diego Center for the Future of Surgery, the team was the first in the United States to remove an appendix through the mouth.

With more than 200 scholarly publications to his name, Dr. Talamini is the editor of Advanced Therapy In Minimally Invasive Surgery, an in-depth exploration of new and emerging surgical practices. He serves on the editorial boards of 10 surgical journals and is Editor-in-Chief of Surgical Endoscopy. From 2008 to 2009, he served as President of the Society of American Gastrointestinal Endoscopic Surgeons. He has also held key roles with the American College of Surgeons and the Association for Academic Surgery.

“Through his myriad accomplishments, Dr. Talamini has become a national and internationally known surgeon as well as a highly respected innovator, researcher and teacher,” said Dr. Kaushansky. “With his remarkable clinical expertise and leadership skills, Dr. Talamini will be an inspirational mentor to our medical students, surgical residents and young faculty members, while helping Stony Brook reach its goal of creating a world-class medical center.”

“I am honored to have this opportunity and absolutely delighted to be signing on to the bold vision defined by and being executed by the spectacular leadership team at the Stony Brook University School of Medicine, which has a strong and longstanding tradition of excellence and innovation,” Dr. Talamini said.

Established in 1971, the Stony Brook University School of Medicine includes 25 academic departments. The three missions of the School are to advance the understanding of the origins of human health and disease; train the next generation of committed, curious and highly capable physicians; and deliver world-class compassionate healthcare. As a member of the Association of American Medical Colleges (AAMC) and a Liaison Committee on Medical Education (LCME) accredited medical school, Stony Brook is one of the foremost institutes of higher medical education in the country. Each year the School trains nearly 500 medical students and more than 480 medical residents and fellows. Faculty research includes National Institutes of Health-sponsored programs in neurological diseases, cancer, cardiovascular disorders, biomedical imaging, regenerative medicine, infectious diseases, and many other topics. Physicians on the School of Medicine faculty deliver world-class medical care through more than 30,000 inpatient, 80,000 emergency room, and approximately 350,000 outpatient visits annually at Stony Brook University Hospital and affiliated clinical programs, making its clinical services one of the largest and highest quality on Long Island, New York. To learn more, visit www.medicine.stonybrookmedicine.edu.