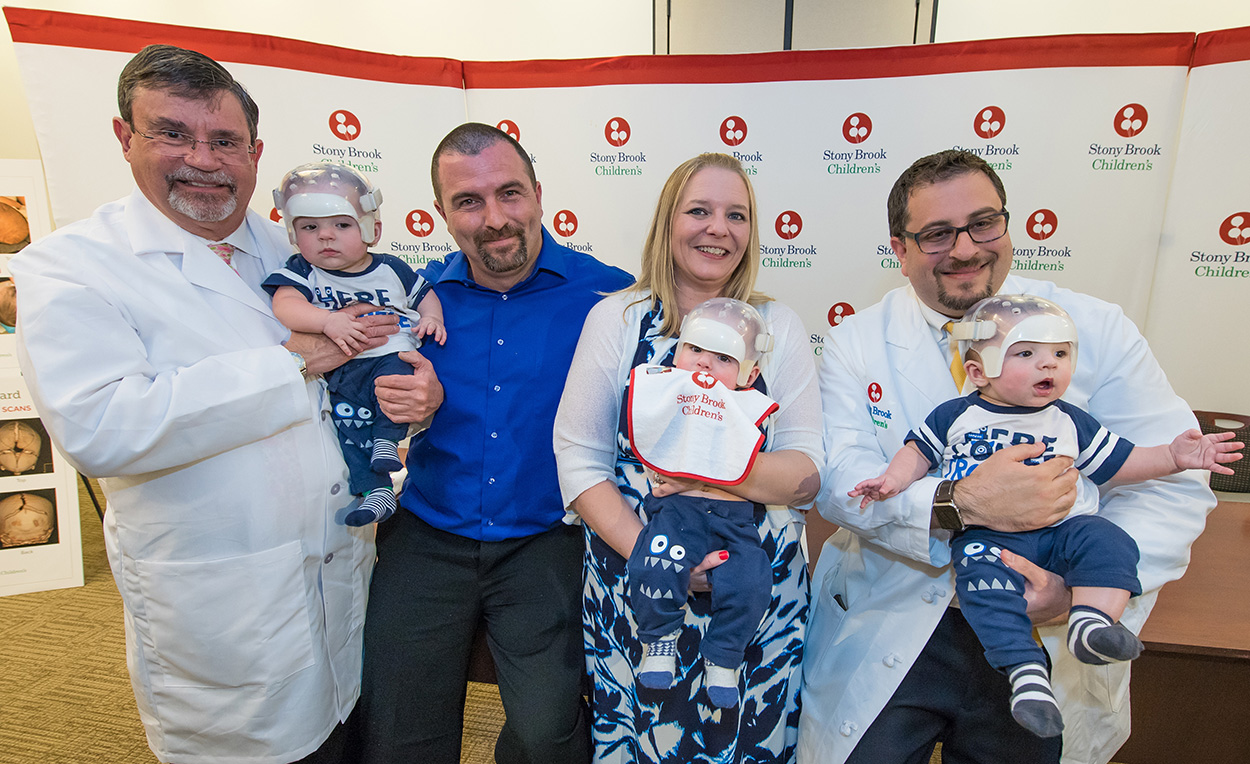 STONY BROOK, N.Y., May 5, 2017 — Amy and Michael Howard of Center Moriches couldn’t believe when they heard that they were having triplets, but the surprises didn’t stop there.  Shortly after birth, the first time parents found out in the Neonatal Intensive Care Unit (NICU) at Stony Brook Medicine that all three of their babies — Jackson, Hunter, and Kaden — had Craniosynostosis, a congenital premature fusion of one or more sutures on a baby’s skull.

“You could tell that their heads were a little bit malformed or deformed,” said Amy Howard. “It was really extremely scary thinking about your 8- or 9-week-old baby going through surgery.”

On January 5-6, 2017, Dr. Chesler, with Elliot Duboys, MD, Associate Professor of Plastic Surgery and Pediatrics, Stony Brook Medicine, corrected the triplets’ skull with minimally invasive endoscopic surgeries. The procedure was done through two small incisions, and it removed a strip of bone to release the fused seam.

With 104 beds, Stony Brook Children’s Hospital is Suffolk County’s only children’s hospital. More than 8,000 children and young adults are discharged each year. Stony Brook Children’s has more than 180 pediatric specialists in over 30 specialties. The hospital is Suffolk County’s only Level 4 Regional Perinatal Center and has a Level 3 Neonatal Intensive Care Unit. It is home to the nation’s first Pediatric Multiple Sclerosis Center and also offers a Pediatric Hematology/Oncology Program, Pediatric Cardiology Program, Pediatric HIV and AIDS Center, and Cystic Fibrosis Center. To learn more, visit www.stonybrookchildrens.org.