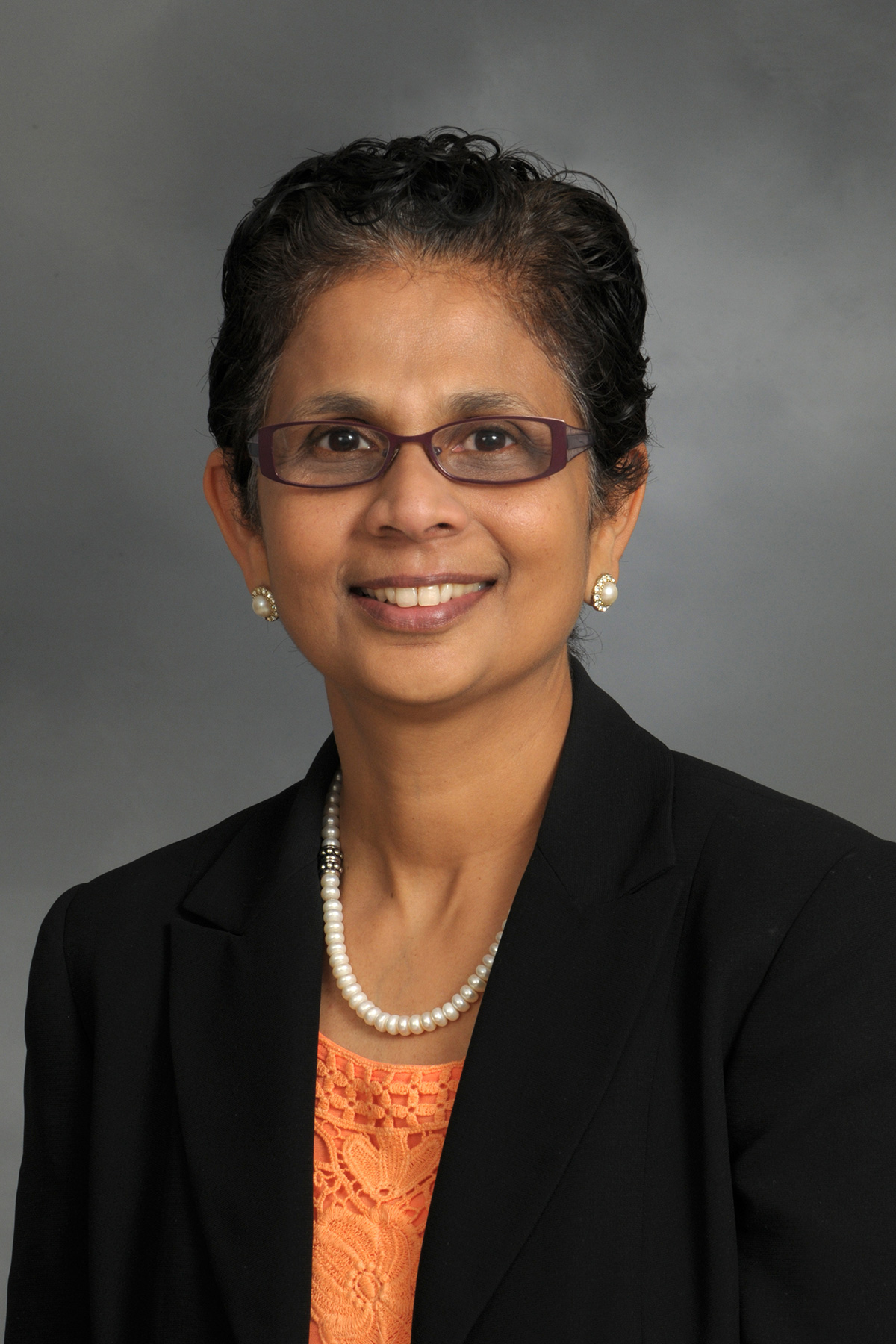 Dr. Latha Chandran, Vice Dean for Undergraduate Medical Education, elected to a four-year term on the national board

Stony Brook, New York, – April 28, 2017 – Latha Chandran, MD, MPH, the Miriam and David Donoho Distinguished Teaching Professor and Vice Dean for Undergraduate Medical Education at Stony Brook University School of Medicine, has been elected to a four-year term as an executive board member of the National Board of Medical Examiners (NBME).

The NBME is an independent organization that provides a common evaluation system for physician applicants seeking licensure to practice medicine in the United States. NBME membership is composed of approximately 80 individuals representing the academic community, national professional organizations, state licensing boards, students, residents, the federal government and the public. Responsibilities of the membership of the NBME include recommending policy to and electing its board of directors.

Since 2003, Dr. Chandran has served as a NBME volunteer who has been instrumental in various roles to test development committees, internal review and standard setting committees, as well as finance and audit committees

Dr. Chandran, also a Professor in the Department of Pediatrics, has more than 25 years of faculty leadership experience at Stony Brook University. She has led many successful educational and training initiatives for medical students, residents and faculty. Dr. Chandran is also the Founding Director of the Donoho Academy of Clinical & Educational Scholars (ACES), where she remains invested in creating training, mentoring and development of programs that enable academic clinicians to serve as thought leaders in their medical specialties. Dr. Chandran also became the first clinician educator to receive tenure in the Educator Scholar tract within the School of Medicine.