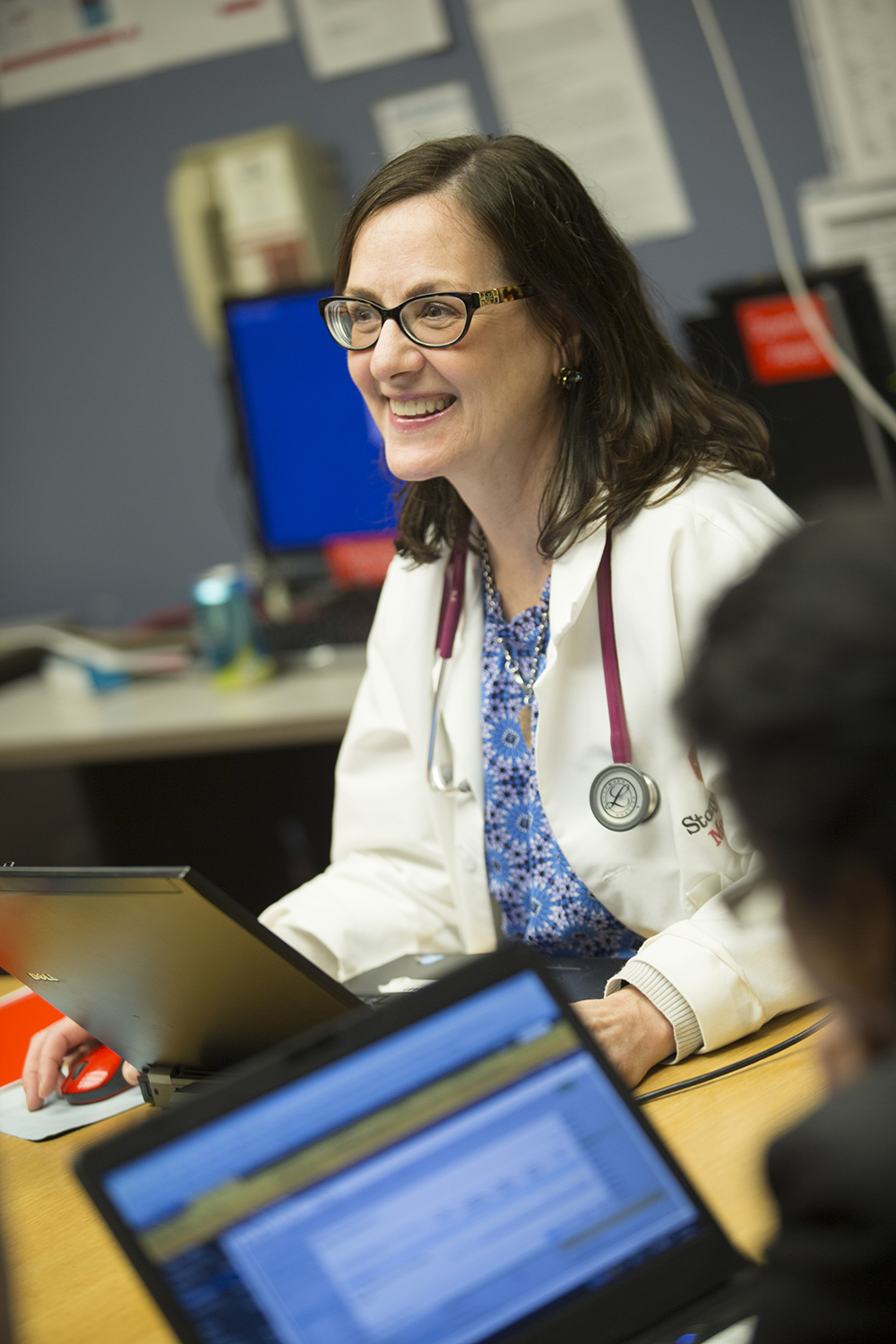 STONY BROOK, N.Y., June 10, 2016 – Susan Lane, MD, Associate Professor of Clinical Medicine, Vice Chair of Education for the Department of Medicine, and the Internal Medicine Residency Program Director at Stony Brook University School of Medicine, has been named by the Alpha Omega Alpha Honor Medical Society (AΩA) as a recipient of the 2016 AΩA Fellow Leadership Award. Dr. Lane is one of only three to receive this national distinction, which the AΩA selects each year.

The award is targeted toward mid-career physicians who have a history of leadership within their organization. Dr. Lane was selected from a pool of candidates from medical schools around the country. According to the AΩA, previous fellows have attributed this award to preparing them for career advancements, taking on more responsibility, and better advocating for physicians’ needs.

Each fellow receives $25,000 to be used for respective leadership development projects. The AΩA fellows also receive coaching and mentorship from nationally renowned leaders in medicine to help them exemplify leadership qualities and AΩA’s professional values.

Dr. Lane’s project will focus on creating and implementing a medical education mentorship program to develop the teaching and assessment skills of local clinical educators in a resource-poor area. Healthcare delivery in resource-poor areas, where disease prevention and health promotion are emphasized and practiced in interprofessional and collaborative teams, is an ideal setting to teach healthcare providers-in-training about healthcare disparities. Dr. Lane’s mentors for the project are Dr. Peter Small, Founding Director of the Stony Brook University Global Health Institute (GHI), and Dr. Michelle Morse, co-founder of EqualHealth, an NGO that aims to inspire and support the development of Haiti’s next generation of health care leaders.

Founded in 1902, AΩA recognizes and advocates for excellence is scholarship, demonstrated professionalism, and growth of physician leadership. Through 129 active chapters in the United States and Lebanon, more than 3.600 new members are inducted into the society each year. More than 55 Nobel Prize winners are members of AΩA, and nearly 75 percent of the deans of U.S. medical schools are members of AΩA.