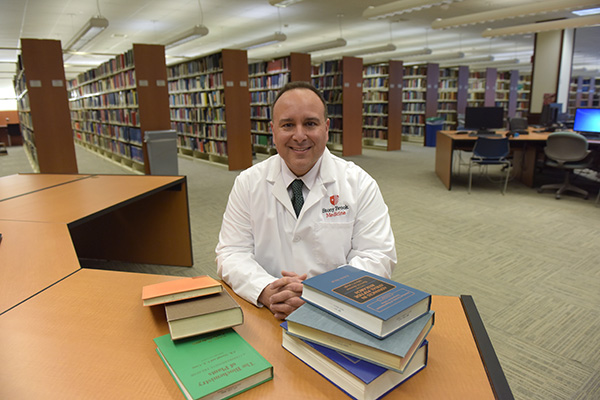 STONY BROOK, N.Y., January 20, 2016 – Correctly diagnosing Alzheimer’s disease remains a challenge for medical professionals. Now, a new study published in the current issue of the
Journal of Alzheimer’s Disease
reveals a new clue to possible misdiagnosis. The study found that older adults with a history of reading problems perform similarly on some neuropsychological tests to those who show signs of mild cognitive impairment (MCI) associated with early Alzheimer’s disease. The finding, based on the results of a Stony Brook University-led research team in collaboration with Boston University School of Medicine, emphasize the need for professionals to take into account developmental history and have a broad understanding of neuropsychological testing when interpreting the meaning of low memory test scores.

MCI is a term used to identify individuals with memory complaints and poor neuropsychological test performance but who otherwise functional normally. Having MCI has been identified as a risk factor for subsequent diagnosis of Alzheimer’s disease.

In the paper, titled “Lifelong Reading Disorder and Mild Cognitive Impairment: Implications for Diagnosis,” lead author Brian K. Lebowitz, PhD, Clinical Assistant Professor of Neurology at Stony Brook Medicine, and Research Associate in the Department of Psychiatry at Harvard Medical School, and colleagues assessed the relationship between MCI classification and suspected reading disorder in 1,804 community living adults followed by the Framingham Heart Study from 1999 to 2005. On average, participants were 62 years of age. Individuals with previous dementia, stroke and other neurological disorders were excluded from the study.

One key example from the findings is that individuals with evidence of lifelong reading difficulty were two to three-and-one-half times more likely than their peers to score at a level suggestive of possible memory decline on two tests commonly used to evaluate memory complaints in older adults.

Dr. Lebowitz said that because memory complaints are extremely common in older adults, a lot of weight is placed on memory test scores when assessing the clinical significance of a patient’s memory concerns. However, memory tests are often given alone, without a comprehensive battery of neuropsychological tests that includes reading ability, and without a clear understanding of a patient’s lifelong pattern of cognitive strengths and weaknesses.

“Identifying the clinical significance of our finding is our next challenge,” Dr. Lebowitz said. “It could mean that a reading or learning disorder history may increase the misdiagnosis of neurodegenerative disease, including Alzheimer’s disease. Alternatively, a reading disorder may represent a risk factor for the development of Alzheimer’s disease in later life.”

Dr. Lebowitz and colleagues emphasize that the findings highlight the need for individuals evaluating older adults for memory complaints to take a careful history and to consider alternative reasons why memory test scores may be low for a given individual.