Could Your Morning Cup of Joe Be Associated with Reducing Cancer Risks? 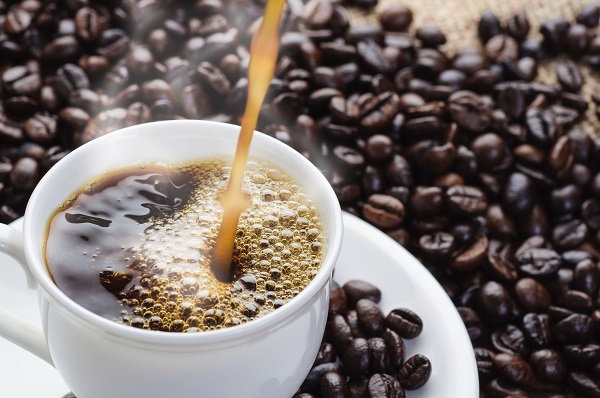 Could Your Morning Cup of Joe Be Associated with Reducing Cancer Risks?

STONY BROOK, NY, APRIL 13, 2015 – Coffee is a morning staple for most Americans who turn to a hot cup to help increase wakefulness and to try to improve concentration and focus. Coffee is known as the world’s most popular beverage, with over one billion drinkers world-wide and 6.7 million tons global consumption yearly. But over the years there has been some conflicting reports on whether having that cup of Joe is good or bad for your health?

If you enjoy that morning cup of fresh brew, you might want to listen up. Recent reports from the American Institute for Cancer Research shows that new studies are finding positive cancer fighting benefits to the plant Coffea canephora.

“As per “The Food Timeline,” Food historians say that coffee was highly prized for its taste and perceived medicinal qualities,” says Jennifer Fitzgibbon, Registered Oncology Dietitian, Stony Brook University Cancer Center. But aside from that morning perk, Fitzgibbon says there are now other, newer, cancer fighting benefits such as lowering the risk factors for:

But Fitzgibbon says more studies are needed establish the connection of this link and to find the true reason behind these benefits. And she also warns – there are some possible downsides of too drinking too much coffee.

Coffee-lovers who drink 4 or more cups a day/more than 500 to 600 mg a day — may feel some side effects like insomnia, nervousness, restlessness, stomach upset, fast heartbeat and muscle tremors. And some people are more sensitive to caffeine than are others, so one cup could push them to feel some of these unwanted effects. The good news is that you can still drink decaffeinated coffee and still gain cancer fighting benefits.