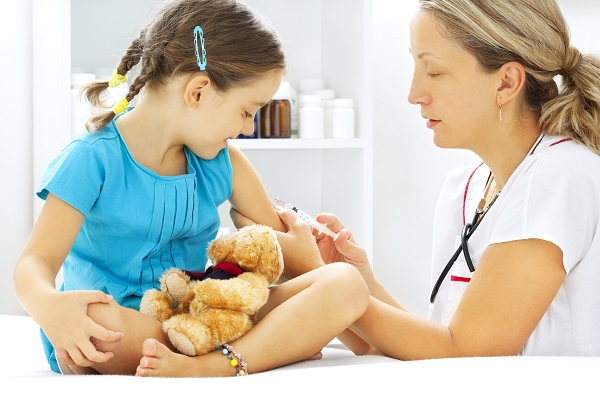 Stony Brook, NY, January 23, 2015 – Seventy people have been infected in a measles outbreak that led California public health officials urging those who haven’t been vaccinated against the disease, including children too young to be immunized, to avoid Disney parks where the spread originated back in December.

New infections linked to the theme parks have emerged and this outbreak has now spread to five U.S. states and Mexico, though the vast majority of cases (62) have occurred in California.

Because measles is highly contagious, people who have not received the measles-mumps-rubella, or MMR, vaccine are susceptible and should avoid visiting Disney for now, and other crowded places with a high concentration of international travelers, such as airports. However, people who are vaccinated do not need to take such precautions.

“If you are worried you might have or have been exposed to measles, call your doctor,” says Dr. Saul Hymes, Assistant Professor of Clinical Pediatrics and a specialist in pediatric infectious diseases at Stony Brook Children’s Hospital.

“If you are ill enough to need to go to an emergency room or your doctor’s office, wear a mask and inform the staff you are worried you have measles immediately so you can be properly isolated to protect others.” Dr. Hymes adds that people with measles can be infectious for up to nine days.

According to the Centers for Disease Control and Prevention, measles is a highly contagious virus that lives in an infected person’s nose and throat mucus and spreads through coughing and sneezing. Symptoms of measles include fever, cough, runny nose and red eyes and a red rash that usually first appears on the face and spreads to the rest of the body.

“The best way to protect yourself and your loved ones against measles is to get vaccinated,” says Dr. Hymes.  “The vaccine is safe and highly effective.”

The people who have been infected range in age from 7 months to 70 years old. The vast majority were not vaccinated, and a quarter had to be hospitalized.

“This case shows why we should all be worried about non-vaccination everywhere, regardless of where we live or how good our particular community might be about vaccinating children,” says Dr. Hymes.  “Because of travel, and especially to crowded areas like the Disney parks, we can bring ourselves to measles and it can be brought to us. And as no vaccine is 100% effective, even those who are vaccinated, if they are exposed enough, could be at risk.”