Bracing for a Tough Flu Season 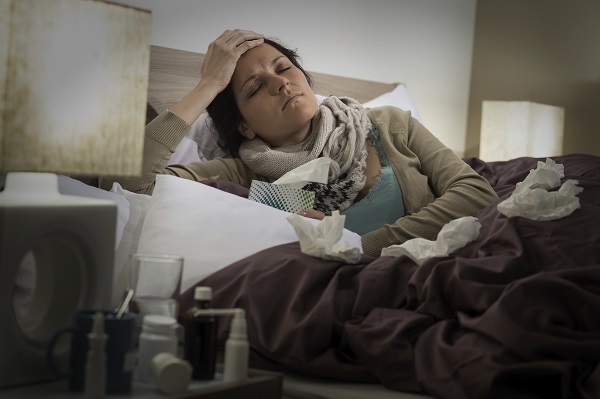 Bracing for a Tough Flu Season

As the CDC Declares an Epidemic, Stony Brook Medicine Experts Give Advice on How to Avoid the Flu and Stay Healthy

STONY BROOK, NY, JANUARY 7, 2015 – In early December, the Center of Disease Control officials warned that the year’s flu season could result in more fatalities than in other years. CDC Director Tom Frieden noted that the dominant flu strain circulating this season, H3N2, tends to lead to a greater number of hospitalizations and fatalities than other strains. About half of the flu samples tested in the early stages of this year’s flu season were a new H3 subtype of the virus that this year’s vaccine is not well prepared to fight.

So far, this year’s influenza season has landed more patients in the hospital than in recent years, which is raising concerns that it could be a more severe outbreak than in the past. According to the CDC, currently widespread influenza activity was reported by 43 states. This week, six more children have died after having the flu, the CDC said. That brings the total number of pediatric deaths to 21 so far for this flu season.

“Get vaccinated!” says Saul Hymes, Assistant Professor of Clinical Pediatrics and a specialist in pediatric infectious diseases at Stony Brook Children’s Hospital. “It’s still not too late and even though one of the predominant strains this year, H3N2, has drifted slightly and is less well covered by the vaccine, there are still 3 other flu strains out there covered by the vaccine and the vaccine will likely still offer some protection against H3N2 as well.”

“Even if there is a less-than-perfect match to a currently circulating strain, most seasons have a variety of strains that circulate,” says Susan V. Donelan, M.D., Medical Director, Healthcare Epidemiology Department, Stony Brook University Hospital.  “A mismatch of the current strain does not predict a mismatch of circulating strains later in the season. That is what happened in the 2013-2014 season — two different influenza A and one influenza B ‘took turns’ being the predominant strain.”

If you start to feel like you are getting the flu, symptoms include fever, sore throat, coughing and body aches. It’s important to go to a doctor and get a prescription for antiviral medication. Tamiflu and Relenza have been considered most effective at reducing complications when given soon after symptoms start.

“If you think you have the flu, get tested, and if you have Influenza, ask about taking Tamiflu,” says Dr. Hymes. “This antiviral medication can help shorten the illness and prevent it from becoming more severe.”

“Stay home if you are sick,” reminds Dr. Donelan, “and, if possible, avoid others who are sick and out and about.”

Remember the flu is very contagious. “Even if you’re riding a bus or train one person can easily transmit the virus to many other people who can themselves transmit it further,” adds Hymes. “Stay home, drink lots of fluids, rest, treat your fever with acetaminophen or ibuprofen.”

Other tips to keep you healthy: