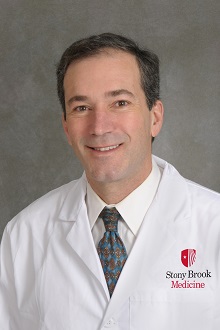 Drs. Dagum and Woo led a Stony Brook Children’s Hospital effort to transform the face and life of Kevin Rosero, a 10-year-old boy who came to the United States from Ecuador under the sponsorship of Blanca’s House. Kevin had lived his entire life with a rare massive venous malformation on his face, a potentially life-threatening condition that could not be treated in his home country.  In 2013 he spent eight months on Long Island and endured 10 surgical and interventional procedures performed by Drs. Dagum and Woo. See this link about Kevin’s story.

Established in 2008, Blanca’s House, based in Huntington Station, works to bring much needed quality medical care to countries and communities throughout Latin America. Each year hundreds of medical and non-medical professionals volunteer for Blanca’s House locally or travel to countries in Latin America to provide free healthcare services.