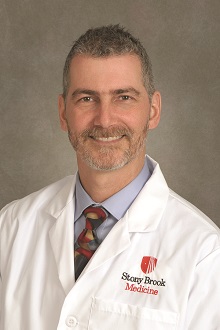 Cancer Center one of four programs nationally to receive a $50,000 launch grant

STONY BROOK, N.Y., September 26, 2014 – Stony Brook University Cancer Center has received a $50,000 grant from the Ovarian Cancer Research Fund (OCRF) to establish “Woman to Woman,” a patient support program that pairs new gynecologic cancer patients with trained and supervised survivor volunteers to provide mentoring and support. Stony Brook is one of only four institutions nationwide to receive the 2014 funding.

Woman to Woman was founded in 2003 at Mount Sinai Hospital in New York. In 2011, the OCRF, the largest charity in the United States funding ovarian cancer research, expanded the program nationally. The program is supported by QVC.

“With this grant we will be able to launch a program that will benefit and inspire our patients at Stony Brook who will be undergoing treatments for gynecologic cancer,” said Michael Pearl, MD, Professor of Medicine and Chief of the Division of Gynecologic Oncology.

“This is an empowering program for new patients who will be able to better cope with the many challenges that come with having a gynecologic cancer,” added Linda Bily, Director of Patient Advocacy at the Cancer Center.

Stony Brook’s Woman to Woman program will begin in November with mentorship training for survivors who will serve as mentors to the newly diagnosed.