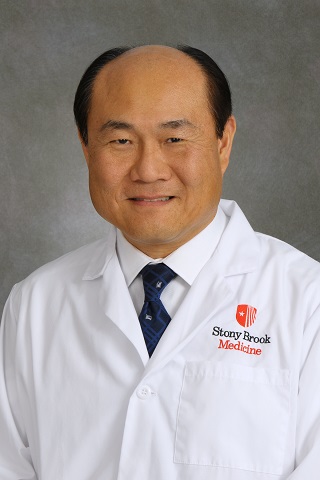 Dr. Ryu comes to Stony Brook from the Henry Ford Hospital in Detroit and Wayne State University School of Medicine, where he rose in the ranks for the past 13 years and built an international reputation for excellence in radiosurgery of brain and spinal tumors. Since 2000, he served as Director of the Center for Radiosurgery in the Josephine Ford Cancer Institute at Henry Ford Hospital. As Professor of Radiation Oncology at Wayne State University, Dr. Ryu served as Leader of Radiation Neuro-Oncology since 1999, Leader of Spine Oncology since 2004, and Director of Radiation Oncology (2002-2005).

“Dr. Ryu is a trailblazer in his field of radiosurgery for central nervous system tumors, an outstanding clinician, and a gifted and honored teacher,” said Dr. Kaushansky. “With his experience and leadership skills, Dr. Ryu will help to advance the clinical and research capabilities within Radiation Oncology that will ultimately benefit patients treated at the Cancer Center.”

“Because Stony Brook is the only tertiary academic medical center on Long Island with a strong research capacity, our radiation treatments for cancer will continue reach new capacities with advancing knowledge, cutting-edge technologies, and research endeavors,” said Dr. Ryu. “We will focus on developing innovative and multidisciplinary clinical programs, such as radiosurgery designed for specific body sites, to create highly targeted and safe treatments.”

In order to enhance departmental education and training, Dr. Ryu said physicians, technicians and other professionals will work in multidisciplinary teams to learn about and employ the use of new technologies and techniques in radiotherapy that result from clinical research. Additionally, he expects to launch a Radiation Oncology Residency Program at Stony Brook.

Regarding Dr. Ryu’s role as Deputy Director for Clinical Affairs at the Cancer Center, Yusuf A. Hannun, MD, Director of the Cancer Center, Vice Dean for Cancer Medicine, and the Joel Strum Kenny Professor of Medicine, said that Dr. Ryu will “work to streamline in-patient and out-patient cancer care services, promote community outreach, and network with physicians and caregivers from regional hospitals to foster continuity of patient care.”

“I look forward to cultivating the diverse disciplines involved in cancer care to maximize impact for our patients, which will result from treatment innovations combined with compassionate and patient-friendly care,” said Dr. Ryu.

A physician for more than 30 years, Dr. Ryu received his MD degree and Master’s in Radiology from the Kyungpook National University School of Medicine in South Korea, one of the most prestigious medical schools in South Korea. He lectures nationally and internationally on new radiosurgery treatments for the brain and spine. He has served in various leadership posts of professional societies and currently serves as the President of the International Stereotactic Radiosurgery Society (ISRS).

Prolific in his field, Dr. Ryu is co-editor of a book, Spine Radiosurgery, and has written 17 book chapters and 111 peer-reviewed scholarly publications focusing mainly on radiation of brain and spinal tumors. He is also the Founding Editor-in-Chief of the Journal of Radiosurgery and Stereotactic Body Radiation Therapy, the official journal of the ISRS.

Dr. Ryu has received many honors for his clinical, research and educational endeavors. He has been voted one of America’s Best Doctors since 2005, one of the Best Doctors of Detroit Hours Magazine, and one of America’s Top Oncologists by the Consumers’ Research Council. He has also received the 2008 Teacher of the Year Award from the Association of Residents in Radiation Oncology, the 2011 Jae Ho Kim Lectureship Award for his 10-year development of spine radiosurgery from the Henry Ford Hospital, and the Service Award from the ISRS (2011).