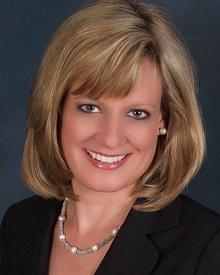 The Chief of Patient Care Services (CPCSO) replaces the Chief Nursing Officer (CNO) and reflects the move to provide nursing staff at the clinical unit level with enhanced oversight of those operational functions that drive unit performance levels as well as patient and staff satisfaction. In this role, Donohue will be working closely with Dr. Joseph Laver, Chief Medical Officer, Stony Brook University Hospital, in advancing a model of shared nursing and physician leadership to achieve goals of excellence in quality of care and patient safety.

“Recognizing the critical and expanding role of nursing to patient care and hospital operations, the search committee felt it was important that this individual be an advocate for the nursing staff and for their continued professional growth and support,” said Pasternak, “All believe that Dr. Donohue’s record demonstrates that commitment.”

A native of New Jersey, Donohue comes to Stony Brook from Jersey Shore University Medical Center in Neptune, NJ, the flagship hospital of Meridian Health, which is a nationally recognized comprehensive health care system, where she served as Vice President and Chief Nursing Executive.

Donohue received her degree in nursing from Jersey City State College in New Jersey; her Masters in nursing at New York University in Manhattan; her PhD from Adelphi University on Long Island; and a Post-Master’s Certificate as a Nurse Practitioner in Psychiatric-Mental Health Nursing at Columbia University in New York.

“I was attracted to Stony Brook because I wanted the opportunity to bring my experience and drive for innovation to a major academic medical center and to work with an outstanding nursing and medical staff, in a growing hospital and clinical network, along with an nationally-accredited School of Nursing,” said Donohue.

Donohue started her career as a staff nurse at Hackensack University Medical Center in New Jersey. During her 27 years with HUMC, she enhanced the nursing practice, quality and safety, and patient satisfaction and led the Magnet teams, rising to the position of Administrative Director of Nursing for Professional Practice and Clinical Affairs. Her efforts were instrumental in HUMC being recognized by US News & World Report as a “Top 50” hospital in the nation. Following her time at Hackensack, Donohue served as the Assistant Vice President for Patient Care Services at the Clara Maass Medical Center, part of the Saint Barnabas Health Care System. She then moved to Meridian Health where she led as Vice President for Clinical Care Services and then Vice President and Chief Nursing Executive. At Meridian she continued her work to enhance the nursing practice in the context of a shared governance model that also advanced quality, safety, and efficiency. Her work with team member satisfaction initiatives contributed to Meridian being named one of Fortune’s 100 “Best Places to Work” for four successive years from 2010 through 2013.

Donohue replaces Margaret “Peg” Duffy, MS, RN, NEA-BC, who led as Interim Chief Nursing Officer of Stony Brook University Hospital for the past 16 months. Pasternak thanked Duffy for her service and said, “Peg has done so with skill, compassion, insight and good humor. We look forward to her continuing as a senior and most valued member of our team.”