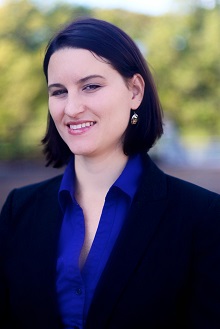 STONY BROOK, N.Y., December 11, 2013 – Findings from a new global study suggest that estimates of gender-based violence (GBV) prevalence based on health systems data or on police reports may underestimate the actual total prevalence by 11- to 128-fold. Led by Tia Palermo, PhD, Assistant Professor in Public Health and the Department of Preventive Medicine at Stony Brook University School of Medicine, the study is published online in the
American Journal of Epidemiology.

In the paper, titled “Tip of the Iceberg: Reporting and Gender-Based Violence in Developing Countries,” the researchers analyzed data from Demographic and Health Surveys from 24 countries, which revealed 93,656 women as survivors of GBV. They found that only 7 percent of women globally who are survivors of physical or sexual violence report GBV to formal sources, including legal, medical, or social  support services. Additionally, disclosure of GBV to family, friends, or neighbors of the victims was low (37 percent). In 20 of the 24 countries studied, the majority of women told no one at all.

“Our results confirm that the vast majority of women who have experienced GBV remain uncounted,” said Dr. Palermo. “The research further indicates that not only are most survivors not receiving formal services, but they are not receiving informal support from friends and family members.”

Dr. Palermo also said that the overall findings should prompt the establishment of “one-stop” centers for GBV survivors; build community and country-based efforts to reduce the stigma of such violence; and increase local dissemination of information on available services to GBV survivors, particularly in rural areas and to young women.

The study is the largest multi-country comparison conducted to date on GBV reporting. It was supported in part by the Eunice Kennedy Shriver National Institute of Child Health & Human Development of the National Institutes of Health.