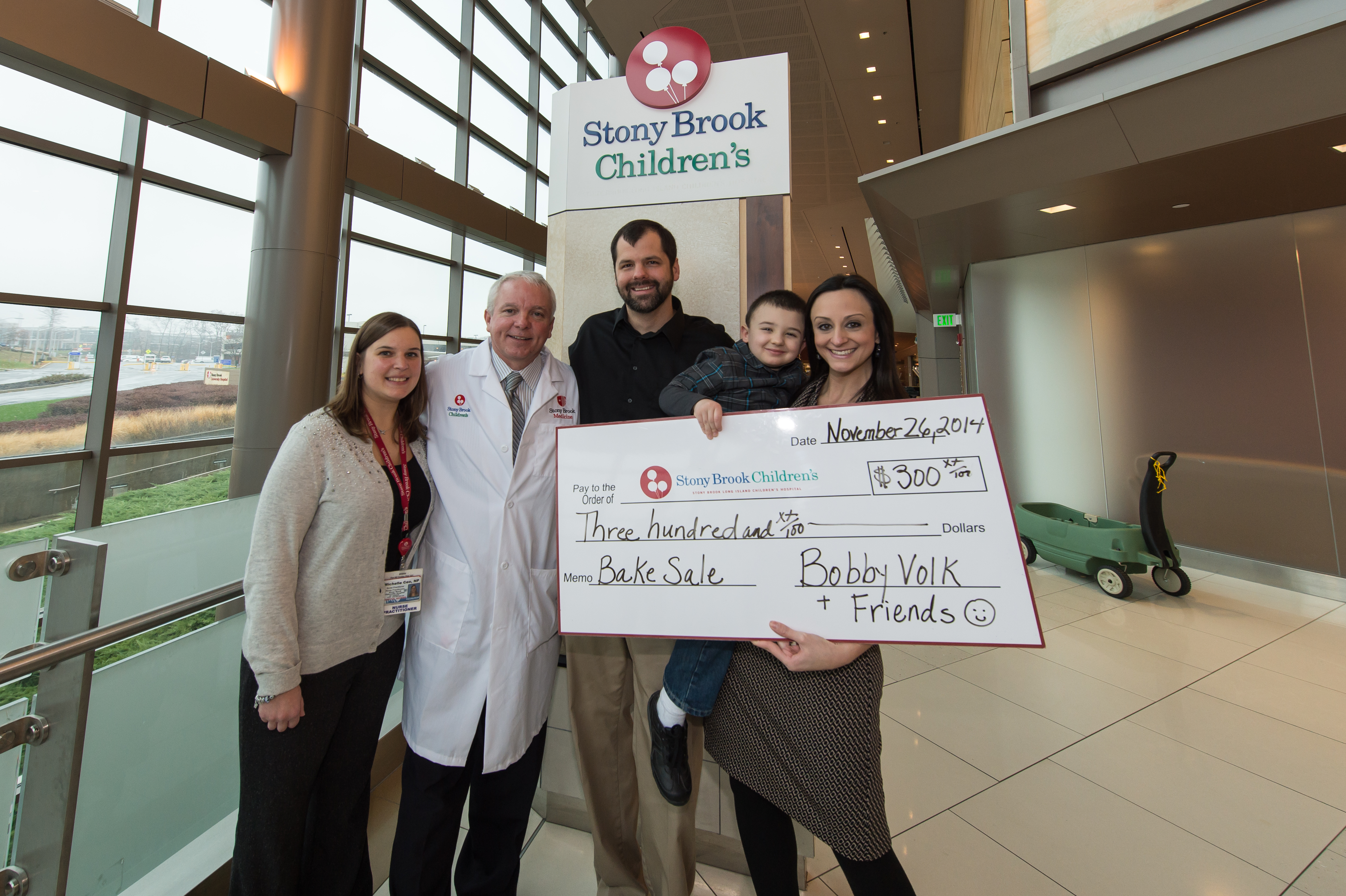 Weeks after a successful surgery and very positive experience at Stony Brook Children’s, Bobby was watching a television show and the episode was about a bake sale. He asked his mother if he could have a bake sale. After questioning him, he said he wanted to have one for Dr. Scriven, his team, and all the other children at Stony Brook, stating that “they need stuff”. Bobby and his mom Andrea baked cookies and brownies; Bobby packed up his wagon, and sold the goodies to people at his mother’s job. In the end, Bobby raised almost $300!

Bobby, along with his parents, joined Dr. Scriven and members of Stony Brook Medicine to show their gratitude to the hospital and presented a check which will be contributed to the Children’s Hospital and the Child Life Program.