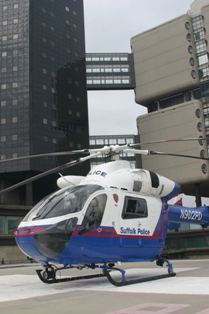 STONY BROOK, N.Y., March 7, 2012 – Stony Brook University Hospital’s Trauma Center has been named one of four trauma centers in New York State with inpatient survival rates for trauma patients that are significantly above the statewide average, according to the latest report from the New York State Trauma System for 2007 to 2009.

In the 2007-2009 report, SBUH’s risk-adjusted survival rate was 95.15 percent, compared to the state average of 93.81 percent. The expected survival rate for Stony Brook’s trauma patients was 93.22 percent, based on patients’ level of acute illness or injury.

“The entire trauma team is to be commended for this achievement,” said James Vosswinkel, M.D., Assistant Professor of Surgery and Chief of Trauma and Critical Care, Stony Brook School of Medicine, and Medical Director of the Surgical Intensive Care Unit at Stony Brook University Hospital. “Residents of Suffolk County are truly fortunate to have this high level of trauma care available close to home.”

In the 2003-2006 report, Stony Brook’s risk-adjusted survival rate was 94.32 percent, which was significantly higher than the expected rate of 92.06 percent based on patients’ severity of illness/injury.

“The residents of Suffolk County have benefit from the tireless work of many individuals working to save lives – from the Emergency Medical Services, the County’s Medevac, to the nurses and doctors and subspecialists who respond to the severely injured and work together for the patient’s sake,” said Mark Henry, M.D., Professor and Chairman, Department of Emergency Medicine, Stony Brook School of Medicine.

For more information and to read the State’s report, visit www.health.ny.gov/nysdoh/ems/nystrauma.htm.