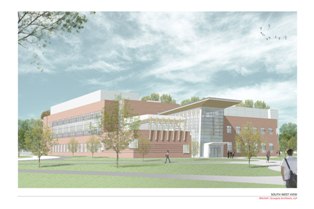 According to the report, titled “2013 College Education ROI Rankings: Does a Degree Always Pay Off?”, a Stony Brook graduate with a computer science degree can expect cumulative earnings of $1,947,000 over 30 years, after college costs are subtracted.

“This report highlights how valuable a Stony Brook computer science degree is,” said Arie Kaufman, Distinguished Professor and Chair of the Department of Computer Science. “Students graduating from our department typically have half a dozen offers from top IT and technology companies.”

PayScale.com’s study analyzed more than 1,000 U.S. colleges and universities, including private, public and for-profit schools, to determine the potential financial return of attending each school given the cost of tuition and the payoff in median lifetime earnings associated with each school. In addition to being ranked by major, the schools were ranked by region, type and gender.

Stony Brook University was listed as 16th among public universities with the best return on investment.

Seattle-based PayScale, which bills itself as the leading online provider of employee compensation data, based its report on the results of surveys of employees who possess a bachelor’s degree. No higher degrees were included in the survey, and only graduates who are employed full time were included.

For a complete listing by category, as well as the methodology used to calculate the ROI, visit www.payscale.com/college-education-value-2013.