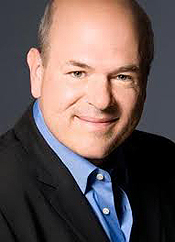 STONY BROOK, N.Y., October 14, 2010 – On October 20, 2010, at 8:00 PM, on the Staller Center stage at Stony Brook University, one of Hollywood’s most recognizable faces, Larry Miller, will perform stand-up at the annual Cody Comedy Festival. The event will benefit the Cody Center for Autism and Developmental Disabilities at Stony Brook University Medical Center, the primary resource for information and research on autism and related disorders for Long Island.

A recognized Hollywood actor, comedian, and best-selling author, Larry Miller began his career with a memorable cameo as the fawning store manager in the movie Pretty Woman. He has gone on to delight audiences in movies such as Best in Show, Waiting for Guffman, 10 Things I Hate About You, and The Nutty Professor I and II. He has had roles on hit television shows such as Boston Legal, 8 Simple Rules, Law & Order, and Seinfeld.

Miller has starred in several of his own comedy shows on HBO and on Broadway. He has also made regular appearances on The Tonight Show with Jay Leno, The Late Show with David Letterman, and Real Time with Bill Maher. Miller wrote the best-selling book Spoiled Rotten America.

The fun-filled evening begins with the “Funny Bone” Dinner Buffet, which requires reserved tickets and takes place before the comedy show, at 6:00 PM, at the Charles B. Wang Center. General admission tickets are $30 for the show; $25 for students. Sponsorship packages are available for the event. For show tickets, please call 631-632-4466, or visit www.stonybrook.edu/codycomedy.

The Matt and Debra Cody Center for Autism and Developmental Disabilities at Stony Brook University Medical Center has become the major clinical, research, and education provider in our region. The Center provides diagnostic services, ongoing treatment, and autism consultation to schools and graduate training programs. The Center’s clinical facility serves more than 1,200 families on Long Island each year.