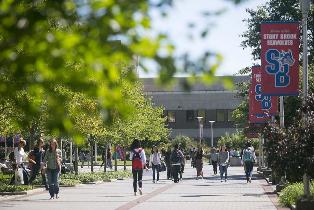 
STONY BROOK, NY, July 23, 2013 – Stony Brook University ranks 89th among the world’s top 100 institutions according to the 2013 Center for World University Rankings (CWUR). The CWUR publishes the only global university performance tables that measure the quality of education and training of students as well as the prestige of the faculty and quality of their research without relying on surveys and university data submissions.

In addition to providing consultation for governments and universities, the CWUR aims to provide the most comprehensive university rankings available, which are trusted by students, academics, university administrators and government officials from around the world.