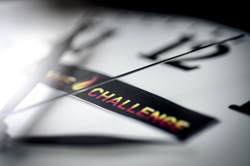 Flame Challenge II: What is time?

STONY BROOK, NY, December 11, 2012 –  Alan Alda and the Stony Brook University Center for Communicating Science are challenging scientists to answer a fundamental question asked by  11-year-olds around the country: What is time?

That is the question for this year’s edition of the Flame Challenge, an international contest that asks scientists to communicate complex science in ways that would interest and enlighten an 11-year-old. The Flame Challenge began last spring with actor and science advocate Alan Alda’s childhood query: What is a flame?

“Last year’s contest question came from a real 11-year-old: me,” Mr. Alda said. “But when I asked what a flame was at the age of 11, I was probably younger in some ways than most 11-year-olds are now. They’re asking a very deep question this year. It’s going to be fun to see how scientists around the world answer that one in everyday language.”

Scientists have until March 1, 2013 to submit their answers in writing, video or graphics. The entries will be screened for scientific accuracy — and then judged by 11-year-olds around the world. More than 5,000 children already have registered through their schools to serve as Flame Challenge judges. We expect to have two winners, one each for written and visual entries. The winning scientists will receive a trip to New York City, where they will be honored at the World Science Festival on June 1, 2013. The Flame Challenge is being generously sponsored this year by the American Chemical Society and the American Association for the Advancement of Science (AAAS).

Last year, in the first year of the Flame Challenge, more than 800 answers were submitted by scientists around the world. The winning entry, a cartoon video with an original song, was created by Ben Ames, a physics doctoral student at the University of Innsbruck. For more information on entering or judging the contest, or to see last year’s top entries, please visit www.FlameChallenge.org.

To choose this year’s challenge, the Center for Communicating Science collected about 300 questions from children, ranging from “Does the universe have a known end?” and “How does the brain store all that information?” to “Why are Shetland ponies so small?”

The question “What is time?” was submitted by students around the country. Some asked exactly that question, and others asked related questions, such as: How do you make a time machine? Why can’t you go back in time? Is time an arrow? Is it a wave? How can you tell what time it is without looking at a clock? How many dimensions are there? How did time begin?

The Flame Challenge’s sponsors are both major nonprofit scientific societies. The American Chemical Society is chartered by the U.S. Congress and is a global leader in providing access to chemistry-related research. ACS encourages each of its 164,000 members to speak simply about their science and its importance to all of our lives. The American Association for the Advancement of Science (AAAS), the world’s largest multidisciplinary scientific society, was founded in 1848 and includes some 261 affiliated groups serving 10 million individuals. Its mission is to “advance science and serve society.”

Flame Challenge in the Media: