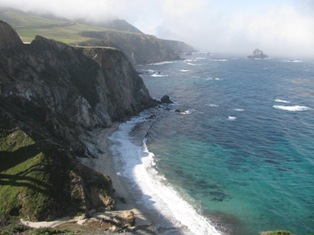 
STONY BROOK, N.Y., June 28, 2013 – Locally, changes in coastal ocean temperatures may be much more extreme than global averages imply.  New research published in the June 18 edition of Public Library of Science (PLoS ONE) entitled “Decadal Changes in the World’s Coastal Latitudinal Temperature Gradients,” is highlighting some of the distinct regional implications associated with global climate-change.  By looking at changes in coastal ocean temperatures over the past 30 years, Dr. Hannes Baumann in the Stony Brook University School of Marine and Atmospheric Sciences (SoMAS) and Dr. Owen Doherty of Scripps Institution of Oceanography (SoMAS alumnus) mapped the differences in how the world’s coastlines are experiencing climate change, and discuss the possible large scale ecological implications of this.

Their results showed a great regional diversity in warming and cooling patterns.  For example, the South American Pacific coasts have been cooling over the last few decades. To some, these cooling trends may be counterintuitive, but they are consistent with global climate change predictions, such as increases in upwelling (i.e., a process that brings cold, deep ocean water to the coast).


In the North Pacific and North Atlantic, however, there has been warming trend.  In some areas, the authors detected changes in temperature of +/-2.5 degrees Celsius, which is 3 times higher than the global average. Climate change is happening everywhere – just not necessarily at the same rate, or even in the same direction.” For example, if you live on Cape Cod, your conditions are warming three times faster than global averages imply, while in Santiago, Chile, coastal waters have been getting cooler.

“The world is getting flatter,” said Baumann. “Coastal waters at high (cold) latitudes warm much faster than at low (warm) latitudes, hence the majority of the world’s coastal temperature gradients are getting shallower.  This could cause dramatic reorganization of organisms and ecosystems, from small plankton communities to larger fish populations.

“We already know, in general, that marine life changes in its characteristics along these North-South temperature gradients,” Baumann explains.  “For example, many coastal fish populations differ genetically from north to south, an adaptation to grow best a local temperature conditions.  With further study, we want to explore how changes in coastal ocean temperature gradients could predict large-scale changes in the ecosystem.”

Baumann and Doherty’s work is especially poignant in that it echoes the importance of regional and community resiliency in dealing with the effects of climate change, which was stressed in President Obama’s address earlier this week.  Regional consequences of climate change may be quite different. This study steps away from global average temperature predictions, and puts climate change in a more meaningful regional context.