Study Reveals Peace in Colombia Has an Unexpected Result – Deforestation 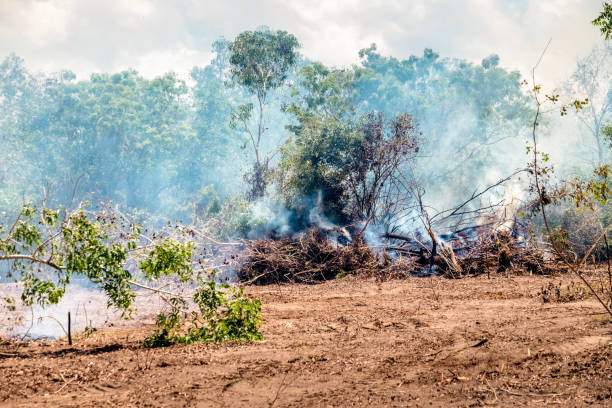 STONY BROOK, NY, November 30, 2018 – Armed conflicts can have devastating effects on nature, but what happens when war ends?  In a first-of-a-kind study published Nature Ecology & Evolution, scientists provide evidence that implementing the peace accords in Colombia coincided with a spike of fires and deforestation in protected areas. According to co-author Liliana Dávalos, PhD, a Professor in the Department of Ecology and Evolution in the College of Arts and Sciences at Stony Brook University, the findings are a wake-up call to ecologists and officials in countries affected by war and guerrilla warfare because it will take more than achieving peace to protect forests.

Using satellite imagery and models, Professor Dávalos together with authors Dolors Armenteras and Laura Schneider found a six-fold increase in fires in protected areas across biodiversity hotspots in Colombia, and modeled an estimate of 52 percent in the probability deforestation from 2017 to 2018 with national parks formerly controlled by guerrillas. The reasons for the increase in fires and deforestation are not clear, though deliberate clearing to establish pastures and similar forms of agriculture is a likely explanation.

Professor Dávalos emphasizes the findings suggest it is not enough to declare an area protected in countries rich with forests and natural resources. Indeed, urgent shifts by government must include real-time forest monitoring, expansion of programs to pay for ecosystem services, and engaging local community including former combatants in conservation.