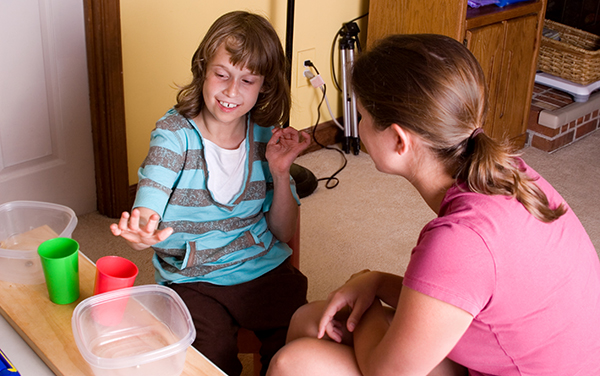 STONY BROOK, NY, March 1 , 2019 –  A team of Stony Brook University autism researchers investigating atypical communications characteristics (such as repeating words or having unusual utterances) of children being treated for autism spectrum disorder (ASD) found that these youths experience a wider range of communication difficulties compared to youth with other psychiatric conditions. Additionally, the researchers discovered social communications in these children do not exist in only one form, but rather can be described by diverse symptoms.

Led by Erin Kang in the Department of Psychology, and published in the Journal of Clinical Child & Adolescent Psychology, the study included some 1,000 children ages 6 to 18.

“Youth with ASD appear to be grouped into different patterns of communication difficulties,” explains Kang. “These groups differed not only in their ASD symptoms but also with other mental health problems, such as anxiety or depression, and whether they receive special education, have co-occurring intellectual disability, or struggle socially.”

The findings, she emphasized, suggest that recognizing atypical communications characteristics as diverse symptoms and occurring in subgroups in ASD provides new information to clinicians that will help them better define ASD symptoms and therefore diagnosis, and develop more flexible treatment strategies adapting to differing needs.