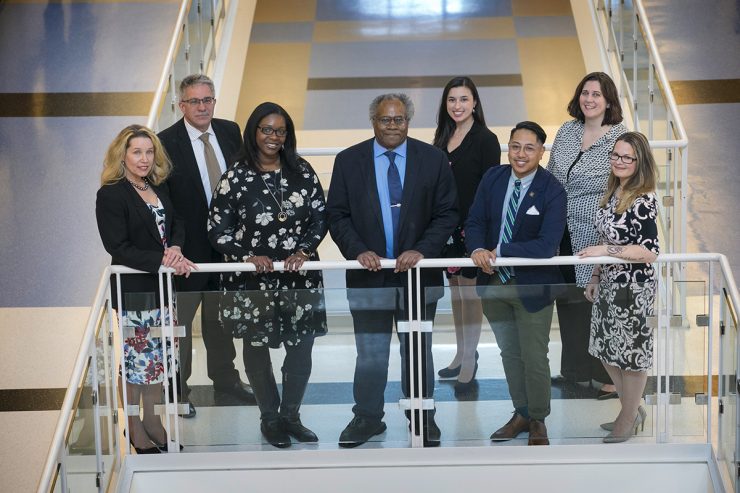 The NSF funding for the career development program is made possible by its Alliances for Graduate Education and the Professoriate (AGEP) and will be distributed over the course of five years ending late in 2023. The program supports current doctoral students at Stony Brook University who have a career goal to become tenured faculty. The support begins with training and mentorship during their doctoral program and continues after graduation and during the first three years of their faculty appointment.

“This AGEP initiative is set up for success because of the range of faculty expertise involved from multiple institutions and the talented pool of doctoral students who need support and mentoring as they launch their academic careers,” says David L. Ferguson, PhD, Project Director and Distinguished Service Professor in the Department of Technology and Society in the College of Engineering and Applied Sciences at Stony Brook University.

The U.S. Department of Energy’s (DOE) Brookhaven National Laboratory (BNL) is a sub-recipient of the NSF grant. BNL will provide opportunities for program participants to increase competitiveness by employing the use of DOE facilities in their research and developing collaborations between predominantly undergraduate institutions faculty and Federally Funded Research and Development Centers. The Alliance is also working with an assessment team at the Center for Advanced Study of Education at the City University of New York’s Graduate Center.

For more specifics on the award (NSF grant number 1821083) see this abstract.