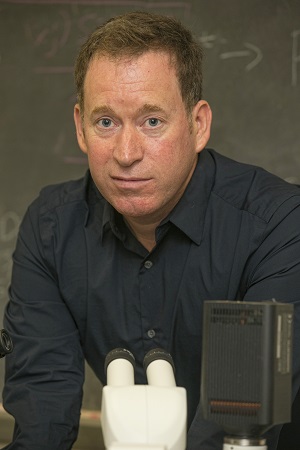 STONY BROOK, NY, October 21, 2013 – Stony Brook University is one of six recipients of a $5 million grant from the Transforming Undergraduate Education in STEM program at the National Science Foundation (NSF) to develop tools that will change the way STEM students are assessed. The five-year grant, which will help catalyze the national movement to better test and evaluate the knowledge, abilities, performance and competence of STEM students, is one of the largest science education grants ever awarded.

“At large universities, the typical ways that student learning is measured is through multiple choice tests,” said Dr. Ross Nehm, associate professor of Ecology and Evolution and member of the Center for Science and Mathematics Education (CESAME) and Principal Investigator on the project. “But, while they are the easiest for students to prepare for, multiple-choice assessments do not match the types of performances and skills that we expect them to be able to master in the real world. Because students tend to learn and study for the types of tests that they’re given, they aren’t well-prepared for the increasing global competition for skilled workers.”

While many students may be able to access and know large amounts of information, they may nevertheless be limited in their ability to organize and express such understanding in a clear, logical and persuasive manner. The grant will allow Stony Brook researchers such as Dr. Nehm to expand the development of innovative assessment tools for large undergraduate STEM classes. Also on the research team is Dr. Minsu Ha, Stony Brook’s first science education postdoctoral researcher and an expert in machine-learning methods in educational assessment and assessment design and evaluation.

“Drs. Nehm and Ha are exactly the individuals we want to bring to Stony Brook in our quest for international leadership in science education,” stated David Bynum, founder of CESAME. “The NSF grant is one that will propel Stony Brook to the top of the mountain as a powerhouse of STEM education.”

Along with Stony Brook, five other universities were recipients of the grant: Michigan State University, University of Colorado, University of Georgia, Western Michigan University and the University of Maine. The grant builds on an earlier partnership between these institutions to develop automated scoring systems that allow students to practice their written explanations, arguments and communicative skills.

“This is the first time that research on such a large scale has been brought into undergraduate science, technology and math education,” said Dr. Nehm, who is PI on two additional NSF projects focusing on science education research.