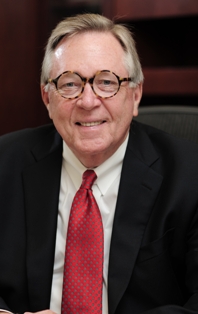 STONY BROOK, N.Y., June 25, 2013 – Ray C. Williams, DMD, Professor and Dean of the Stony Brook University School of Dental Medicine, has been awarded the prestigious Paul Goldhaber Award by the Harvard School of Dental Medicine. The annual award honors a scientist or educator of distinction whose work in dentistry and medicine has gained international recognition. Dr. Williams was selected for his leadership career in dentistry which has included research, education and patient care.

At the Harvard School of Dental Medicine’s awards ceremony, Dr. Bruce Donoff, Dean, presented Dr. Williams the award, which honors the career of Paul Goldhaber, a former dean of the School and a mentor to Dr. Williams. Dr. Donoff cited Dr. Williams’ significant contributions to dentistry over the years and emphasized that Dr. Williams exemplifies the attributes of an academician through his seminal research and publications, dedication to patient care and excellence as a teacher.

“I am honored to be the recipient of this award that honors my mentor, Paul Goldhaber. I am very fortunate to have trained under him and to have worked by his side for many years,” said Dr. Williams. “I am also honored to join the ranks of the others who have received this award before me.”

Established in 1989, the award is named after Goldhaber , an international leader in dental education and biomedical research. He helped chart the course of modern dental medicine through his leadership with the National Institute of Dental and Craniofacial Research, the American Dental Education Association, the International Association of Dental Research and the Institute of Medicine. As a scientist, he was a noted authority on the pathophysiology of the localized bone resorption of disorders such as periodontitis, rheumatoid arthritis and osteosarcoma.

Past recipients have included Dr. Martha J. Somerman, the current Director of the National Institute of Dental and Craniofacial Research; Dr. Per-Ingvar Branemark, the “father” of modern implant dentistry; and Dr. Jens Pindborg, a world authority in oral pathology.

His major research interests are clinical and translational research in pharmacological modification of the inflammatory response and in anti-infective approaches to treat periodontal disease. He also works in the area of the oral health-general health relationship and is a co-founder of OraPharma, Inc., a company formed to develop and market new pharmacological strategies for the treatment of periodontal disease.

Dr. Williams received his DMD (with honors) from the University of Alabama School of Dentistry and his certificate in Periodontology and Oral Medicine from the Harvard School of Dental Medicine. He was a postdoctoral fellow in microbiology at the Forsyth Institute in Boston.

On the editorial board of seven journals, Dr. Williams has authored 140 papers. He is co-editor of the textbook Periodontal Disease and Overall Health: A Clinician’s Guide. In 2004, he received the American Academy of Periodontology’s Outstanding Educator Award.  In 2008 he received the University of North Carolina’s Distinguished Teaching Award and the American Academy of Periodontology’s Gold Medal Award.

The primary mission of the Stony Brook University School of Dental Medicine is to educate caring and skilled dentists who are well prepared to enter private practice or enter graduate or specialty training programs. The School also serves the profession with its continuing education programs and promotes the mission of Stony Brook University and Stony Brook Medicine through collaborative efforts in teaching, research and service.