Study of HIV-Infected Youth: Antiretroviral Therapy not Associated with Severity of Psychiatric Disorders 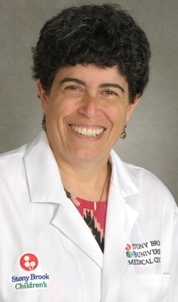 Study of HIV-Infected Youth: Antiretroviral Therapy not Associated with Severity of Psychiatric Disorders


STONY BROOK, N.Y., February 6, 2012 – A study of more than 300 children and adolescents with human immunodeficiency virus (HIV) revealed no association between specific antiretroviral therapy and the severity of psychiatric disorders. In “Human Immunodeficiency Virus Disease Severity, Psychiatric Symptoms, and Functional Outcomes in Perinatally Infected Youth,” Principal Investigator Sharon Nachman, M.D., of Stony Brook School of Medicine, and colleagues detail this finding and others in the Online First edition of Archives of Pediatrics & Adult Medicine.


Children living with HIV often develop psychiatric and behavioral disorders. A major concern for health professionals is if the severity of HIV illness or use of specific antiretroviral therapy regimens put these children at an increased risk for mental health problems.

“Our study indicates that specific antiretroviral therapy and severity of HIV infection in children and adolescents are not necessarily associated with the level of mental health problems experienced by these patients, which counters the conventional thinking about the relationship between HIV and the development of psychiatric disorders,” says Dr. Nachman, Associate Dean for Research, and Professor of Pediatrics at Stony Brook School of Medicine.

Dr. Nachman and colleagues completed a cross-sectional analysis of entry data from a two-year study of 319 participants between 6 and 17 years of age who were HIV infected around the time of their birth. All were enrolled in the International Maternal Pediatrics Adolescent AIDS Clinical Trials Group (IMPAACT) study number 1055. One-third of the participants met the criteria for at least one of seven targeted psychiatric disorders, such as depression and attention deficit hyperactivity disorder.

The researchers looked at each individual’s HIV severity markers prior to and during the study, antiretroviral regimens, and severity of psychiatric symptoms. They defined HIV illness by CD4 (cells that fight off infection) percentage, viral load, or a past Centers for Disease Control AIDS defining illness.

The researchers point out that in their analysis of HIV disease variables and psychiatric symptoms, it is important to “emphasize that findings were variable, mixed, and at times counterintuitive.”

“Overall, our findings are an indication that clearly other factors are at play that are associated with or contributing to patients’ psychiatric and behavioral problems, which appear independent from their HIV status or antiretroviral regimens,” explains Dr. Nachman.

She believes that future studies should examine other factors that may be associated with severity of psychiatric symptoms in children and adolescents with HIV, such as family environment.

The study was supported by the Statistical and Data Analysis Center at the Harvard School of Public Health under the National Institute of Allergy and Infectious Diseases cooperative agreements with the Pediatric AIDS Clinical Trials Group and with the IMPAACT Group.