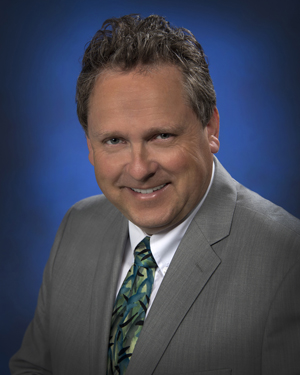 STONY BROOK AND UPTON, NY, MAY 29, 2013 – Martin Schoonen, a Stony Brook University geochemistry professor and director of the Sustainability Studies Program, has been named chairman of the Environmental Sciences Department at the U.S. Department of Energy’s Brookhaven National Laboratory (BNL), effective June 1, 2013.

Schoonen received his PhD in Geochemistry and Mineralogy from Pennsylvania State University in 1989.  He joined Stony Brook in 1989 as Assistant Professor in the Department of Earth and Space Sciences. Recognized for his interdisciplinary research in the areas of geochemistry, environmental molecular science, and astrobiology, he was appointed as Associate Vice President for Research in 2002. In this role, Schoonen coordinated the development and submission of large, multidisciplinary center proposals.

From 2006 to 2009, Schoonen led the development of Stony Brook Southampton as Interim Dean, and five new undergraduate majors and minors focused on sustainability were approved under his direction. After returning to the Department of Geosciences in 2009, he devoted most of his time to studies on the effects of mineral dust on human health. His research group contributed to new insights into the causes of black lung disease and lung ailments among veterans of the Iraq war. In 2007, he received the SUNY Chancellor’s Award for Excellence in Research and Scholarship.

After the relocation of the undergraduate sustainability programs from Southampton to the main Stony Brook campus in the fall of 2010, Schoonen reorganized the environmental programs and established the Sustainability Studies Program. Since the relocation, the program has seen significant growth and Stony Brook has made significant investments in the program with new faculty and the creation of a new studio for environmental design. Reporting to the Provost, the interdisciplinary Sustainability Studies Program at Stony Brook is unique in that it offers five separate undergraduate degree programs that allow students to focus on different aspects of sustainability.

The degree programs are: Sustainability Studies, BA; Environmental Humanities, BA; Environmental Design, Policy and Planning, BA; Ecosystems and Human Impact, BA; and Coastal Environmental Studies, BS. Many of the upper-division courses within the Sustainability Studies Program are team-taught and stress a systems approach to problem solving. Students have the opportunity to take advantage of existing programs in Madagascar, Kenya and Tanzania to gain an international perspective. More than 120 majors are currently enrolled in the program and approximately 100 students are enrolled as minors. The Sustainability Studies undergraduate degree is also offered in combination with an MBA degree by the College of Business as a five-year, integrated program. The program has recently also launched an Advanced Graduate Certificate in Geospatial Science and an international program in Costa Rica.

“Martin Schoonen is a renowned interdisciplinary scientist, who has also served in several administrative positions at SBU, has built the Sustainability Studies Program and led large-scale multidisciplinary research programs,” said Dennis N. Assanis, Provost and Senior Vice President for Academic Affairs. “We are very pleased that Martin will maintain his affiliation with SBU, working under a joint SBU-BNL appointment. As Director of Environmental Initiatives at SBU, he will continue to pursue a research program, supervise doctoral students and play a leadership role in bringing together BNL scientists with faculty from the Department of Geosciences, the Sustainability Program, SoMAS, and other SBU environmental study programs in order to establish a collaborative SBU-BNL interdisciplinary research program.”


With Schoonen’s reassignment, Heidi Hutner, PhD, Director of Environmental Humanities and Associate Professor of Sustainability and English, and an affiliate with Women’s and Gender Studies, has agreed to serve as Interim Director of the Sustainability Studies Program, effective June 1, 2013. Provost Assanis commented, “Heidi Hutner has been instrumental in developing new connections between the sustainability studies program and the humanities at SBU. Under her leadership as the Director of Environmental Humanities, our major and minor programs in the area have flourished. With her energy and dedication to our interdisciplinary Sustainability Studies Program, I am certain that our program will continue in a growth trajectory during this transition.”

Hutner writes and teaches about contemporary environmental literature and film, ecofeminism, ecocriticism and environmental justice. Currently, Dr. Hutner is completing an environmental memoir (in contract) and is working on a book that explores the Fukushima disaster of 3/11 and the subsequent rise of feminist maternal anti-nuclear activism in Japan. Dr. Hutner is pleased to be part of the new Environmental Humanities project at the Humanities Institute with E. Ann Kaplan, and the past Changing Climates project.

Hutner received her MA and PhD from the University of Washington, where she focused on women writers, gender and colonial discourse in Restoration and eighteenth-century English literature. Her books on Restoration and eighteenth-century literature and culture include Colonial Women: Race and Culture in Stuart Drama (University of Oxford Press, 2001), Rereading Aphra Behn: History Theory and Criticism (University of Virginia Press, 1993), and recent editions of Frances Sheridan’s eighteenth-century novels, The Memoirs of Miss Sidney Bidulph (Broadview, 2011) and The Conclusions to the Memoirs of Miss Sidney Bidulph (Broadview, 2013).