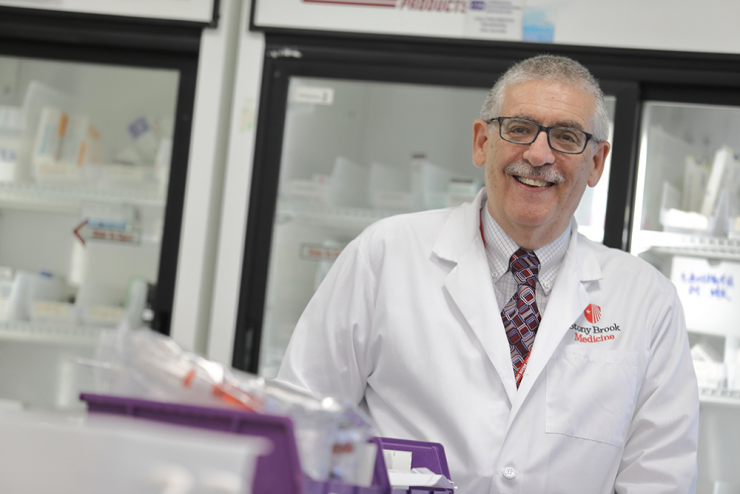 STONY BROOK, N.Y., February 12, 2018 – The Stony Brook University School of Pharmacy and Pharmaceutical Sciences – expected to enroll its first PharmD class in August 2018 – is now accepting student applications on PharmCAS. PharmCAS is the centralized service for applying to PharmD programs nationwide. The School has applied to the Accreditation Council for Pharmacy Education (ACPE) for pre-candidate status, a requirement for student recruitment. The School is able to recruit and admit students. However, matriculation cannot occur until the program is approved by both the ACPE and the New York State Education Department, which is expected to occur in late June.

According to L. Douglas Ried, PhD, FAPhA, the Founding Dean of the School, students coming to Stony Brook will embark on a unique and affordable opportunity to be trained as future pharmacists in the state and nationwide.

Central to the academic program will be team-based learning where PharmD students train in teams with medical and dental students. The academic medical center environment at Stony Brook will enable  students to train onsite in an integrated environment where physicians, nurses, health technicians, social workers and other professionals attend to patient needs. Stony Brook’s Doctor of Pharmacy training will occur in clinical settings across the medical campus, including at Stony Brook University Hospital, Stony Brook Children’s, the Stony Brook Cancer Center, and Long Island State Veterans Home.

Tuition for the program will be under $27,000 for the 2018-19 academic year plus additional fees common to all schools. The tuition will be the same as other State University of New York (SUNY) pharmacy schools, such as Binghamton University and University at Buffalo. This cost is substantially lower compared to the annual tuition of other NYC metro area pharmacy schools, which average approximately $40,000 per academic year.

For more about the educational approach of the School, see the Dean’s Message. For more about accreditation steps and the projected timeline of the program, see this link.