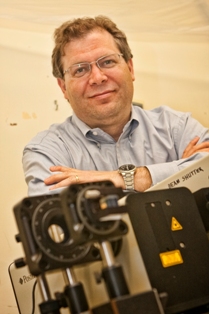 STONY BROOK, NY, May 23, 2012 – Jon Longtin, PhD, an Associate Professor in the Department of Mechanical Engineering at Stony Brook University and his team have been awarded a Nuclear Energy University Program (NEUP) 2012 R&D award from the United States Department of Energy for research entitled “Thermoelectric-Driven Sustainable Sensing and Actuation Systems for Fault-Tolerant Nuclear Incidents.” This award is part of America’s commitment to promote higher education in the areas of science, technology, engineering and mathematics (STEM).

The NEUP program is designed to foster university-based research for the country’s nuclear energy resources and to prepare students for work in nuclear engineering and nuclear science. Fellow team members include Lei Zuo, Assistant Professor, Mechanical Engineering at Stony Brook, with whom Longtin has several other thermoelectric projects; David Hwang, Assistant Professor, Mechanical Engineering at Stony Brook; and John Metzger, an Associate Professor and Director of the Nuclear Energy program at the University of Pittsburgh.

The three-year $600,000 project will develop thermoelectric devices for sensing and diagnostics for nuclear reactors. “The Fukushima incident in Japan last year was a wake-up call in terms of how even the best engineered systems can fail,” said Longtin. “Thermoelectric devices produce electricity directly from heat, which tends to be available in abundance with nuclear power plants. The idea is that, even if all else fails in a major catastrophic event at a nuclear facility, we can use the heat available from the system components to power a network of sensors that will provide critical information on plant health.”

“This award reflects the depth and breadth of work that is prevalent at Stony Brook in the areas of the STEM disciplines,” said Stony Brook University President Samuel L. Stanley Jr., MD. “On behalf of Stony Brook I congratulate Jon for gaining the level of attention he richly deserves to merit this award, and we look forward to continued advancements in this important research.”

Dr. Longtin notes that technology is also being developed for next-generation Small Modular Reactors, which can benefit from thermoelectric technologies in everyday use for improved system monitoring, reduced cost, and more reliable data collection.

Longtin and his team feel particularly fortunate to have received this award at a time when research in the energy area is receiving a lot of attention, and with the availability of the new Advanced Energy Research and Technology Center at Stony Brook that has recently opened its doors for researchers.  “Our project should dovetail well with the activities of the Advanced Energy Center,” Longtin said.

Dr. Longtin’s research interests include laser processing and laser-based measurements, development of sensors for harsh environments, developing non-invasive energy and efficiency monitoring technologies, and enhancing energy efficiency for buildings and appliances. He is the recipient of the National Science Foundation CAREER and PECASE awards, Stony Brook Excellence in Teaching and Licensed Innovation awards, two Brookhaven Inventors Awards, and the R&D 100 award.  He holds six issued and three pending patents, has published over 100 technical articles, and is a licensed Professional Engineer in New York State. 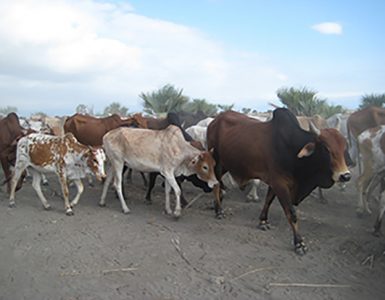 STONY BROOK, NY, May 30, 2019 – How food production entered sub-Saharan Africa some 5,000 years ago and the ways in which herding and farming spread through the continent in ancient times has long been a topic of...