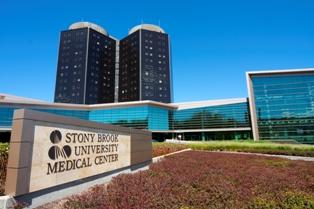 
The new rankings recognize 622 hospitals in or near major cities with a record of high performance in key medical specialties, including 132 of the 152 hospitals already identified as the best in the nation. There are nearly 5,000 hospitals nationwide.


The new metro area rankings are relevant to a much wider range of healthcare consumers. They are aimed primarily at consumers whose care may not demand the special expertise found only at a nationally ranked Best Hospital. Patients and their families will have a far better chance of finding a U.S. News-ranked hospital in their health insurance network and might not have to travel to get care at a high-performing hospital.


“It is gratifying to know that a third party evaluation has put Stony Brook University Medical Center in the top 10 hospitals in the New York metropolitan region,” said Dr. Steven L. Strongwater, CEO. “This validates the great effort put forth by our faculty, nurses and staff to provide a consistent level of high quality care to our patients.”


To be ranked in its metro area, a hospital had to score in the top 25 percent among its peers in at least one of 16 medical specialties.


“All of these hospitals provide first-rate care for the majority of patients, even those with serious conditions or who need demanding procedures,” says Health Rankings Editor Avery Comarow. “The new Best Hospitals metro rankings can tell you which hospitals are worth considering for most medical problems if you live in or near a major metro area.”


For the full list of metro area rankings visit www.usnews.com/hospitals .