Research on Smartphone Interface Aims to Heighten Ease of Use 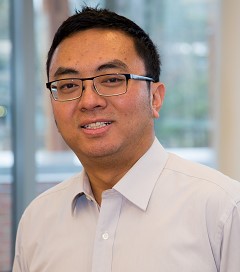 STONY BROOK, N.Y., January 17, 2019 – Xiaojun Bi, a Professor in the Department of Computer Science in the College of Engineering and Applied Sciences at Stony Brook University has received a $315,000 National Science Foundation (NSF) award to study the interaction between smartphone users and touch screens in order to establish new models for touch screen technologies that will make a smartphone easier to use. According to the Pew Research Center, 77 percent of Americans use smartphones Therefore, improving and simplifying touch screen interaction will heighten the ability of millions to better use smartphones. Professor Bi’s research will build upon the success of the Finger-Fitts Laws. He expects the create research models will help better predict the accuracy and efficiency of touch screen interaction. For more about the research, see this piece.