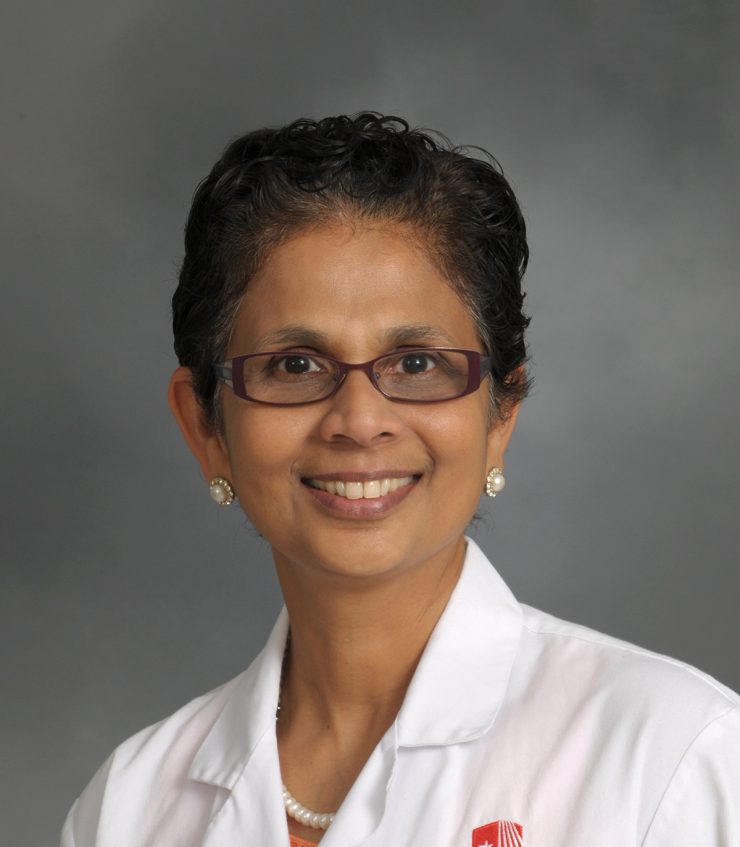 STONY BROOK, NY, December 3 , 2018 – Latha Chandran, MD, MPH, Vice Dean of Academic and Faculty Affairs, the Miriam and David Donoho Distinguished Teaching Professor and SUNY Distinguished Teaching Professor at the Renaissance School of Medicine at Stony Brook University, has been elected President of the Academic Pediatric Association (APA). Dr. Chandran will officially begin her one-year term as APA President- Elect in April 2019, serve as the President for one year and the immediate past president for another year.

Dr. Chandran, a medical education leader for 26 years at Stony Brook, is also the Founding Director of the Miriam and David Donoho Academy of Clinical and Educational Scholars Program at the Renaissance School of Medicine (ACES) and has been an instrumental leader in advancing new educational programs and training within the school, such as the launch of the new LEARN curriculum in 2014,  and of a three-year MD program at the start of the 2018-19 academic year. She is the first woman of Indian descent to be elected to the national position.

Dr. Chandran credits the mentoring and nurturing she received over the past 20 years in the APA for her academic growth and career success at Stony Brook and considers this election as “an opportunity to pay it forward.” She has also previously served the APA as the elected Chair of its Education Committee from 2012 to 2015.