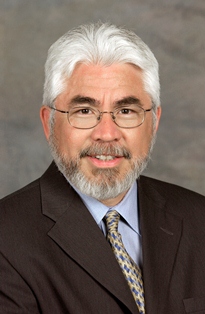 
STONY BROOK, NY, July 30, 2013 – Raúl M. Sánchez, Director of the Office for Equal Opportunity at Washington State University (WSU) in Pullman, Washington, will join Stony Brook University in September to begin his role as Senior Director for Title IX and Risk Management, announced Samuel L. Stanley Jr., M.D., President. Sanchez will be located in the President’s Office and will be responsible for serving as the designated agent of the University for implementing and coordinating all aspects of its Title IX compliance efforts. In this position he will oversee the Office of Diversity and Affirmative Action and is also responsible for developing and implementing a University-wide risk management program.

A native of San Antonio, Texas, Sánchez joins Stony Brook University after nine years at WSU, where his office oversaw the hiring process for faculty and professional staff, investigated all complaints of discrimination and sexual harassment, and engaged in training and education on these issues. As Director, Sanchez initiated a human rights awareness education/training program; made improvements to investigative and hiring processes and procedures; developed resources to promote hiring for diversity in the workforce; established an online sexual harassment/assault awareness course; and, created and published periodic human rights reports and conducted legal research to support and advance diversity initiatives.

“I am very pleased that Raul has accepted this position to work with Stony Brook University in this incredibly important position,” said Dr. Stanley. “His education, experience, and his thoughtful and compassionate approach to some of the most difficult and personal issues a University campus can face will ensure that Stony Brook is on the progressive and positive side of the Title IX discussion and other important risk management issues.”

Sánchez began his post-secondary education at Princeton University where he graduated cum laude with a B.A. from the Politics Department. He received his M.A. from the Latin American Studies Program at Stanford University after which he studied in Brazil at the Instituto Universitario de Pesquisas do Rio de Janeiro as a Rotary Graduate Fellow and became fluent in Portuguese, adding to his native fluency in Spanish and in English. Upon his return from Brazil, he earned his J.D. from Harvard Law School where he was a C. Clyde Ferguson Human Rights Fellow and one of the first students in the school’s Human Rights Program. After Harvard, Sanchez clerked for the Hon. Jean Dubofsky, the first female justice on the Colorado Supreme Court. He then worked as a Program Officer in the Ford Foundation’s Mexico City office, where he was responsible for allocating funding to human rights organizations in Mexico and Central America. After nearly five years with the Ford Foundation, Sánchez practiced law at two different firms in Manhattan where, in addition to representing financial clients in Latin American and Spain, he found time to work on clients’ human rights issues pro bono.

“Coming to Stony Brook University is an exceptional opportunity for me. My responsibilities will call upon every aspect of my education and professional experience,” said Sanchez. “Stony Brook University occupies a special place in the higher education landscape in New York, the United States and even the world.  My job is to help the institution preserve and even improve its position by ensuring that it is hiring the best employees from diverse candidate pools and it is maintaining welcoming environments free of all forms of discrimination and sexual misconduct.  Increased training and dissemination of information for the university community will be needed.  As problems arise, my goal is to see that Stony Brook University is in a position to act promptly and effectively.”

In 1994, Sánchez accepted a faculty position at St. Mary’s University School of Law, a private university in San Antonio where for six years he directed the Inter-American Legal Studies Program, taught courses on contracts, international business transactions and human rights. While at St. Mary’s, his research interests and academic publications concerned human rights and the environment. He then accepted a position as Special Assistant to the President for Diversity and Human Rights at the University of Idaho where he remained until he joined WSU in 2005.

Sánchez will relocate to the Stony Brook area in the coming weeks with his wife, Monica Schurtman, a Stony Brook alumna, currently Associate Professor in the College of Law at the University of Idaho. Their twin sons, Nicolas and David, are seniors at Gonzaga University in Spokane, Washington.