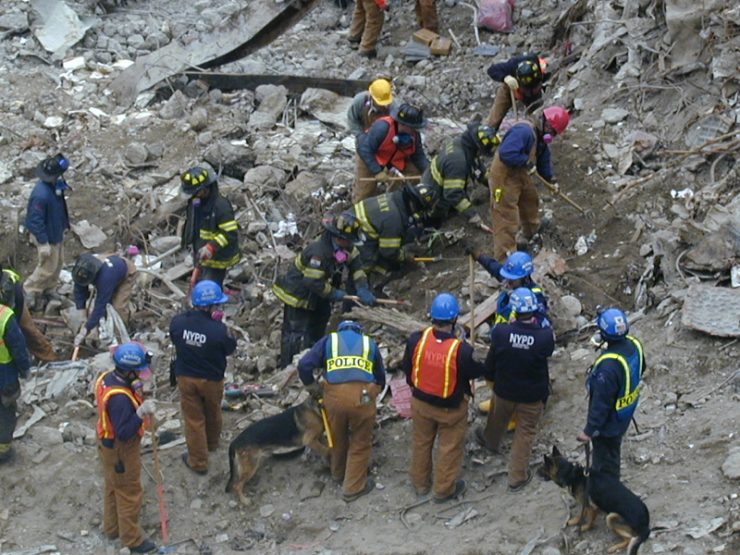 STONY BROOK, NY, March 5, 2019 –  The physical and cognitive health of 911 World Trade Center responders remains a concern for healthcare professionals who care for the thousands of responders, many of whom continue to experience conditions such as post-traumatic stress disorder (PTSD). A new pilot study led by researchers at Stony Brook University and the Stony Brook World Trade Center Health and Wellness Program suggests that there may be a link between chronic PTSD in responders and neurodegeneration. The study is published early online in Alzheimer’s & Dementia: Diagnosis, Assessment & Disease Monitoring.

The study tested neuronal biomarkers in the plasma of 34 responders. Half of them had symptoms of PTSD. The average age of the responders at blood draw was 53 years. The investigators found that those with PTSD symptoms had changes in amyloid-beta levels and other neuronal alterations in blood often associated with neurodegenerative diseases of aging, including Alzheimer’s disease and related dementias, when compared to responders without PTSD.

According to lead researcher Sean Clouston, PhD, Associate Professor in the Department of Family Population and Preventive Medicine, Program in Public Health at the Renaissance School of Medicine at Stony Brook University, the findings are preliminary yet significant enough to expand and replicate the analyses in the patient population.

Benjamin Luft, MD, co-author and Director of the WTC Health and Wellness Program, emphasized the need to carefully evaluate and monitor these patients to determine whether they develop clinical evidence of cognitive impairment – something that is not yet clear.