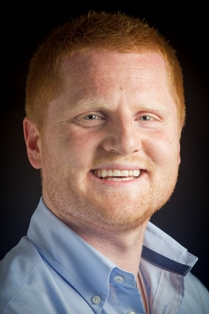 STONY BROOK, NY, June 2, 2012 – The Center for Communicating Science at Stony Brook University and famed actor Alan Alda have announced Ben Ames, 31, a native of Kansas City, Missouri, currently pursuing his PhD in quantum optics at the University of Innsbruck in Austria, as the winner of the inaugural Flame Challenge, a worldwide competition aimed at scientists to explain a flame to an 11-year old in a clear, engaging and meaningful way. Alda presented the trophy to Ames at the World Science Festival in New York City on Saturday, June 2.

Ames produced a seven minute thirty second cartoon video that explains a flame using humor, serious science and a catchy theme song containing lyrics such as “pyrolysis” and “chemiluminescence.” His submission received the most votes out of more than 800 entries received from around the world. The judging was done by scores of 11-year olds, 6,000 in total from 131 schools from Alaska to Australia and Belgium to Brentwood, NY.

A graduate of the University of Utah with a BS in Applied Physics, Ames’ research involves exploring how atoms interact with light on the minuscule quantum level. “For me, scientific discovery is self-discovery,” said Ames. “Each time I come to understand some element of the physical world around me, I get this rush, this feeling of sheer perspective – and it’s addicting,” he added. “As a scientist, the Flame Challenge made clear my personal responsibility to help others share this passion. We have come so far on account of scientific thought and I can’t help but get lost in the sheer wonder of the exciting things to come. The younger generations will take us there, but it is our responsibility to teach them how.”

“It was tremendously exciting to see how game the scientists were to take on such a difficult challenge – and very moving to see how eager the kids were to learn from them,” said Alda, a founding member of the Center for Communicating Science and a Visiting Professor in the School of Journalism at Stony Brook. The contest stemmed from an experience he had as an 11-year old when he asked his teacher to explain a flame and received the answer, “It’s oxidation.” 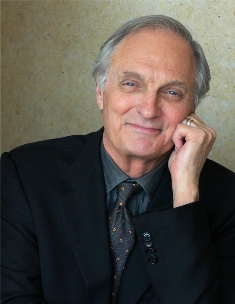 With the success of this year’s contest, the Center for Communicating Science plans to hold a Flame Challenge every year with a different question each time.  “We are really looking forward to seeing the questions that 11-year olds want scientists to answer next,” said Elizabeth Bass, Director of the Center for Communicating Science. “Through this contest, we have learned a lot about how scientists can answer questions in clear and interesting ways.”  Children can send questions for consideration as next year’s topic to communicatingscience@stonybrook.edu.