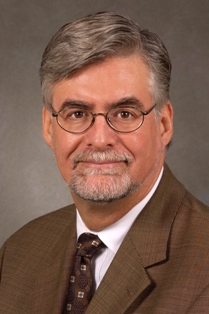 
STONY BROOK, N.Y., January 26, 2012 – A clear association between obesity and pain – with higher rates of pain identified in the heaviest individuals – was found in a study of more than one million Americans published January 19 in the online edition of Obesity. In “Obesity and Pain Are Associated in the United States,” Stony Brook University researchers Arthur A. Stone, PhD., and Joan E. Broderick, Ph.D. report this finding based on their analysis of 1,010,762 respondents surveyed via telephone interview by the Gallop Organization between 2008 and 2010.

Previous small-scale studies have shown links between obesity and pain. The Stony Brook study took a very large sample of American men and women who answered health survey questions. The researchers calculated respondents’ body mass index (BMI) based on questions regarding height and weight. Respondents answered questions about pain, including if they “experienced pain yesterday.”

“Our findings confirm and extend earlier studies about the link between obesity and pain. These findings hold true after we accounted for several common pain conditions and across gender and age,” says Dr. Stone, Distinguished Professor and Vice Chair, Department of Psychiatry and Behavioral Science, Stony Brook University School of Medicine, and an expert on patient reported measures of health, pain, and well-being.

“We wanted to explore this relationship further by checking to see if it was due to painful diseases that cause reduced activity, which in turn causes increased weight,” says Joan E. Broderick, Ph.D., Associate Professor in the Department of Psychiatry and Behavioral Science and School of Public Health at Stony Brook University, and lead investigator of a National Institutes of Health-funded study on how arthritis patients manage their own pain.

“We found that ‘pain yesterday’ was definitely more common among people with diseases that cause bodily pain. Even so, when we controlled for these specific diseases, the weight-pain relationship held up. This finding suggests that obesity alone may cause pain, aside from the presence of painful diseases,” Dr. Broderick explains.

Interestingly, the pain that obese individuals reported was not driven exclusively by musculoskeletal pain, a type of pain that individuals carrying excess weight might typically experience.

Drs. Broderick and Stone also suggest that there could be several plausible explanations for the close obesity/pain relationship. These include the possibility that having excess fat in the body triggers complex physiological processes that result in inflammation and pain; depression, often experienced by obese individuals, is also linked to pain; and medical conditions that cause pain, such as arthritis, might result in reduced levels of exercise thereby resulting in weight gain. The researchers also indicated that the study showed as people get older, excess weight is associated with even more pain, which suggests a developmental process.

Drs. Broderick and Stone believe that the study findings support the importance of metabolic investigations into the causes of pain, as well as the need for further investigation of the obesity—pain link in U.S. populations.