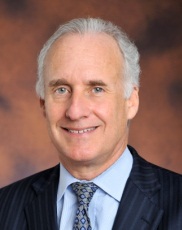 
devastated the Eastern Seaboard and its energy grids, hundreds of the nation’s foremost experts from academia and industry, as well as a number of prominent elected officials and government policy makers, will convene for Advanced Energy 2013 April 30 to May 1 in New York City.

New York City Mayor Michael Bloomberg, a longtime proponent  of energy efficiency and sustainability, and Richard Kauffman, the nationally-prominent energy policy expert recently appointed Energy Chairman for New York State, will keynote the conference.  It is organized by the Advanced Energy Center (AERTC.org), a New York State-designated Center of Excellence based at Stony Brook University.  The Advanced Energy Center is a partnership of academic institutions, energy providers and industrial corporations dedicated to innovative energy research, education and technology deployment.  The conference is dedicated to the advancement of green technology and clean energy with a special focus on industry and job creation.

Among the other leading authorities who will keynote the conference are David Sandalow, U.S. Acting Under Secretary of Energy, and Dr. Daniel Gerstein, U.S. Under Secretary for Science and Technology in the Department of Homeland Security.


Now in its seventh year, the Advanced Energy Conference series has emerged as the largest advanced energy event in the Northeast. The conference has been recast in a new, expanded format for 2013 and has already attracted thousands of registrants with a stake in the future of the nation’s energy policy. The program will provide attendees with an unprecedented opportunity to learn from today’s foremost leaders representing industry, academia and government who are committed to the advancement of clean energy development.

“Our country continues to face enormous challenges regarding the development, storage and transmission of energy. The main goal of Advanced Energy 2013 is to connect attendees with the global leaders who can best address these challenges and offer the most promising solutions,” said Robert Catell, chairman of the board of the Advanced Energy Center. “We already have a record-breaking number of attendees, which is testament to the conference’s value in facilitating the exchange of knowledge about the new ideas and technologies that will positively impact the future of clean energy.”

Advanced Energy 2013 will also include an extensive program agenda of sessions designed to address the biggest energy challenges currently facing the country and offer solutions that promise to change the world. The program comprises 14 tracks focused on different aspects of advanced energy, such as Energy Policy, Energy Storage, and Smart Grid Technology, and more than 90 individual sessions led by today’s technology innovators, policy makers, energy providers and business leaders.  Registration and agenda details can be found at: http://www.aertc.org/conference2013.

About The Advanced Energy Research and Technology Center

Headquartered at Stony Brook University, the Advanced Energy Center is a true partnership of academic institutions, research institutions, energy providers and industrial corporations. The AERTC works to develop advanced cutting-edge technologies to explore new ways for the production of clean energy, enhancing production from renewable sources, and finding efficient methods for distribution and storage of energy with minimal impact on local ecosystems. Its mission is innovative energy research, education and technology deployment with a focus on efficiency, conservation, renewable energy and nanotechnology applications for new and novel sources of energy and to strengthen partnerships among the business, government and academic sectors, to help move toward a sustainable energy future that strengthens the economy, the environment and policy at all levels of government.  The Advanced Energy Center is the designated Center of Excellence for Energy for the State of New York.