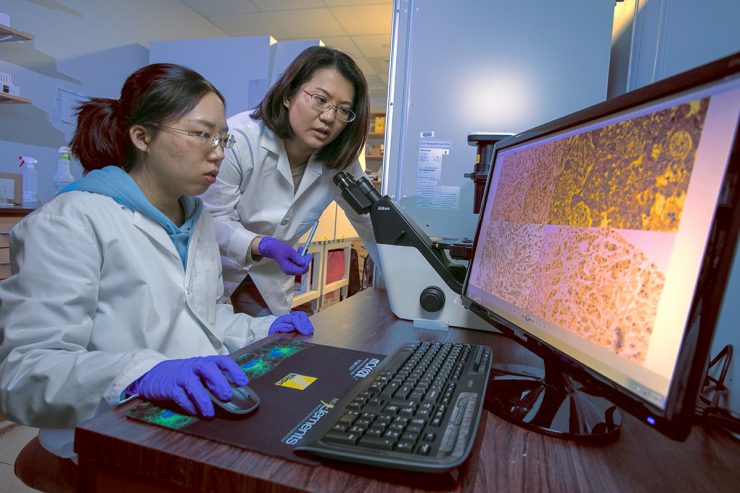 STONY BROOK, NY, March 28, 2019 –  Triple-negative breast cancer is the most aggressive subtype of the disease, and people who have this form of breast cancer often end up with tumor recurrence and metastatic disease despite taking standard forms of chemotherapy. Now a team of researchers led by Lori Chan, PhD, Assistant Professor in the Department of Pharmacological Sciences in the Renaissance School of Medicine at Stony Brook University, have identified a specific gene involved in the cancer stem cell (CSC) population process of triple-negative breast cancer. By blocking this gene’s action, tumor response to chemotherapy is improved. Their findings, published in Cell Death & Disease, illustrate a potential new way to treat incurable triple-negative breast cancer.

“We identified a core molecular pathway that controls CSC activity and a key gene in that process called USP2,” said Dr. Chan. “USP2 is an essential gene that upregulates CSCs in triple-negative breast cancer. We used a genetic approach to block the action of USP2, and by doing that discovered this eliminates the CSC population and re-sensitizes the tumor response to chemotherapy.”